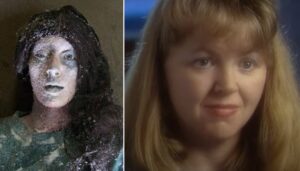 On bitterly cold morning of December 20, 1980 in Lengby, Minnesota, a man opened his back door to find his 19-year-old neighbor, Jean Hilliard, laying in the snow.

She was literally frozen solid from the night before, when temperatures dropped twenty-five degrees below zero. Apparently, Jean was trying desperately to reach her neighbor for help when her car skidded off the road.

When her body was discovered she was immediately sent to the local hospital, where her condition stunned the doctors. One of the nurses said that Jean was “so cold, it was like reaching into a freezer” and that “her face was absolutely white, just this ashen, death look.” 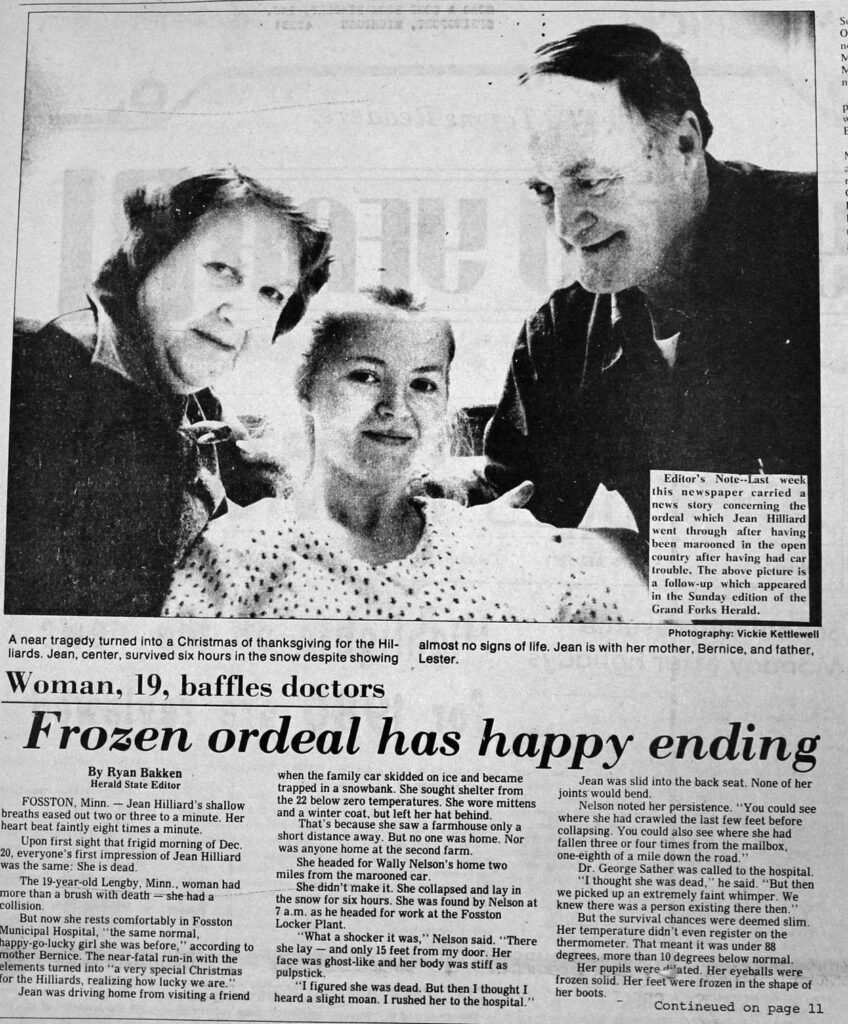 Her temperature was too low to register on thermometers that go down to 88 degrees and her heart was beating about 12 times a minute, less than one-fifth its normal rate.

Dr. Ryan Kelly said that she was severely frostbitten. None of her limbs would bend or move. When a person gets frostbite. That actually means ice crystals forming in the cells, and in so doing, they destroy many of the cells of the body.

After the hands and feet maybe start the initial stages of frostbite and the core temperature of the body drops, the heart, the lungs, the internal organs of the abdomen, the brain, when those start to cool, it becomes more and more difficult for them to perform their functions, until finally, they stop.

At that point, the patient would more than likely die.

However, 2 hours later, Jean went into violent convulsions, and regained consciousness. Everything seemed to be fine with her mind and body. It was soon clear that nothing would have to be amputated from her and that she would recover.

After forty-nine days in the hospital and in defiance of everything known about frostbite, Jean was released. Since then, she has made an astonishing recovery and has suffered no later ill effects.

Jean is now married and a mother with three children. She believes that along with the doctors and nurses, the prayer chain helped to save her life.