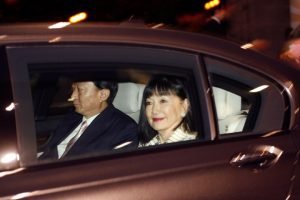 What would happen if the First Lady of the United States disclosed that she believed she traveled with extraterrestrials to Venus? It would no doubt create quite the international media sensation, right?

Well, that’s exactly what happened in the case of Japanese First Lady Miyuki Hatoyama. However, did you hear about it at all?

In 2009, then 62-year-old Miyuki Hatoyama, wife of Japan’s Prime Minister-elect, Yukio Hatoyama, came under scrutiny for what she wrote in a book entitled, entitled “Very Strange Things I’ve Encountered.”

Hatoyama wrote about an experience that happened to her two decades before.

“While my body was asleep, I think my soul rode on a triangular-shaped UFO and went to Venus,” she explains in the tome she published last year.

“It was a very beautiful place, and it was very green,” she wrote.

The retired actress and author of cookbooks also claimed to recognize the actor Tom Cruise from another life. 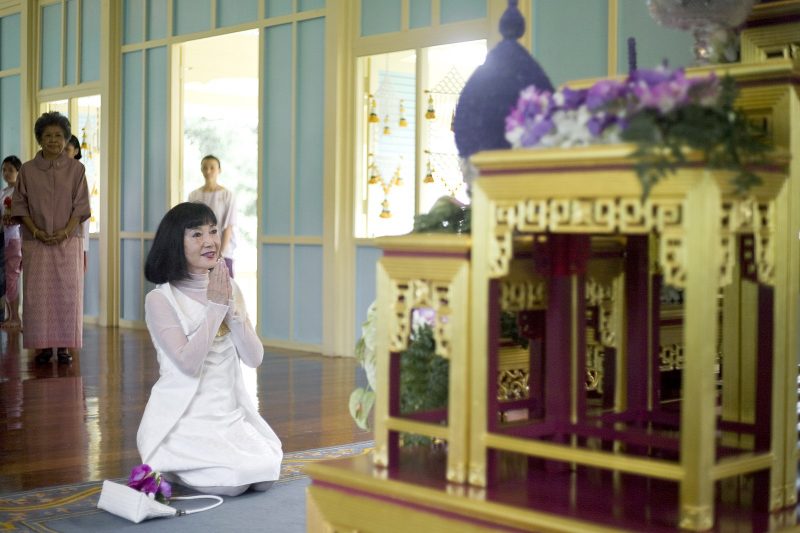 “I believe he’d get it if I said to him, ‘Long time no see,’ when we meet,” she said in an interview.

When she told her now ex-husband at the time, he told her it was probably just a dream. However, she said that her new husband, Yukio Hatoyama, would no doubt have reacted differently. The divorced singer and dancer met the multi-millionaire while working in a Japanese restaurant in San Francisco. They married in 1975.

“My current husband has a different way of thinking,” she wrote. “He would surely say ‘Oh, that’s great.’”

Stanford University-educated Yukio Hatoyama, also 62 at the time, is the grandson of a former prime minister. According to Reuters, he earned the nickname “the alien” for his prominent eyes.

According to the Independent, the nickname comes from the couple’s unconventional approach:

“Though Mr Hatoyama is a multi-millionaire and the fourth generation of his family to rise to the top of the Japanese political world, his appearance is unconventional by rigid Japanese standards: his hair is unruly and he rejects the navy uniform of the political world in favour of suits of brown and moss green.”

“It is this refusal to bow to convention, as well as his tendency to drop conversation-stopping remarks – like his call, during the election campaign, for a ‘politics full of love’ – that long ago led other Japanese politicians to dismiss him as an uchujin, an alien. Though not, presumably, the one who took Miyuki to Venus.”

One would think that this story about travels to Venus might have been more prominent in world news, but it seems to have barely made a blip on the radar. One reason may be that Japan’s approach to the idea of extraterrestrials is so different from western countries.

From the beginning, ancient stories tell of alien-like beings, including the ancient Dogu, alien-like figurines representing gods from the sky.

Ancient Aliens Season 12, Episode 14 explored this, and the primary religion of Japan called Shintoism. The beliefs connect Japan to a mystical past involving celestial beings called Kami. (see below)

UFOs And The Japanese Government

In 2007, the Japanese government stated it “has not confirmed the existence of unidentified flying objects believed to have come from anywhere other than Earth.” Then Japan’s defense minister said there were “no grounds” to deny outright the existence of alien-manned UFOs.

However, despite that admission that article noted:

“Japan has not yet planned what to do should aliens arrive here.”

“*A member of the opposition asked the government what its policy was to deal with UFOs.

*He said work should begin urgently to try to confirm whether or not they exist because of what he called “incessant” reports of sightings.

In a statement it said that should a flying saucer be spotted in the country’s airspace, a fighter would be scrambled to attempt visual confirmation.”

By 2015, Defense Minister Gen Nakatani answered a question about UFOs during a budget session. He had a very different answer.

“When the Air Self Defense Force detects indications of an unidentified flying object that could violate our country’s airspace, it scrambles fighter jets if necessary and makes visual observation,” Nakatani responded earnestly.

“They sometimes find birds or flying objects other than aircraft but I don’t know of a case of finding an unidentified flying object believed to have come over from anywhere other than Earth,” he said.

You can see more about this story and other UFO-related stories from Japan in Ancient Aliens Season 12, Episode 14, “Masuda-no-Iwafune.”