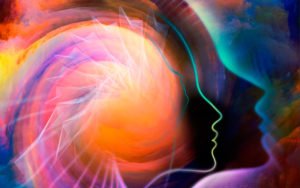 Science finally seems to be catching up with what the spiritually aware already know—auras exist. Researchers from the University of Tokyo under the direction of Mio Watanabe have been able to capture distinct images of the human aura, thus demonstrating it’s existence.

Aura research is nothing new. Most notably, Semyon Davidovich Kirlian and his wife Valentina, were pioneers in this area. The Russian couple discovered Kirlian photography, which captures images of electrical discharges of energy around objects, including living things. Since the late 1930s this has been the go to method for examining auras.

Yet, despite all the knowledge gained from the Kirlians, doubt about the aura’s existence remained.

Nowadays, thanks to advances in technology, cameras and electronics equipment have become more sensitive. Enter Mio Watanabe’s team. Using highly receptive equipment, they were able to photograph a person’s unique glow. (Just for the record, these are not the aura cameras you’re used to seeing at psychic fairs and events. These are highly technical and scientific models.)

DETAILS FROM THE STUDY

So what did the Japanese scientists find? Other than showing the aura’s existence, they made some interesting discoveries.

They noticed that a person’s aura changes throughout the day. Generally the energy field glows brighter in the morning and tends to fade during the evening.

Another observation was the visibility of the aura. Although it could be seen around the body, the energy was most pronounced around the face, particularly from the eyes down to the neck.

Seeing the aura in greater detail can lead to a myriad of opportunities, particularly in the area of health and wellness. According to experts, analyzing the intensity of a person’s energy field can aid in the diagnosis and treatment of disease. Dark or weak energy areas of the body could spell trouble for a particular organ or point to a disorder. Photographing the aura could prove to be an effective medical tool.

Even so, it does seem a little bit strange to those who are well versed in ancient Eastern methods like Traditional Chinese Medicine (TCM). They’ve known for centuries that disease shows up in the energy body or aura before it physically manifests.

Bottom line, it’s nice to know that science and spirituality are coming together these days.