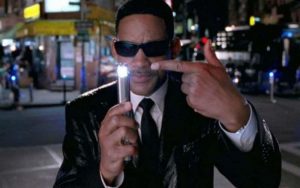 A team of scientists from Kyoto University succeeded in what previously seemed possible only in films: for the first time, researchers were able to erase memories from the brain of a living being. The results of the experiment were published in Science.

Scientists at Kyoto University have invented a neuro-optic system that can manipulate memories. It was successfully tested on laboratory mice.

Scientist Akihiro Goto noted, “In Men in Black, agents erase memories with a flash of light. We did something similar.”

Scientists have used light to deactivate proteins required for LTP, a special type of neural activity that helps boost memory. The main of these proteins is cofilin. It affects synapses in the cerebral cortex and is very important for the formation of long-term memories.

Experts injected into the brain of mice an adeno-associated virus, or AAV, commonly used to deliver genes. It was linked to a modified protein made from cofillin and a fluorescent marker. When exposed to light, it released active oxygen, which deactivated nearby compounds.

As a result, scientists recorded the loss of memories of the studied task, comparing the effect to a flash of light from a memory-erasing neutralizer in the Men in Black films.

The authors suggested that the new data obtained during the experiment will help in the treatment of a number of mental disorders, including Alzheimer’s disease and schizophrenia.