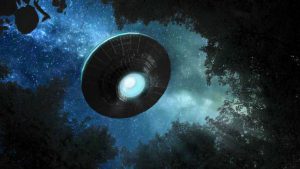 The Japanese military, as well as the American, were concerned about the issue of observed unidentified flying objects. Japanese Defense Minister Taro Kono issued appropriate instructions to the military in case they collide with unidentified flying objects (UFOs), which, according to the minister, pose a threat to the country’s national security.

According to Japanese media reports, Kono ordered the military to notify about all cases of UFO sightings over the territory of the state.

This order was preceded by a conversation between the Ministers of Defense of Japan and the United States, during which an agreement was reached on joint observation of various anomalous phenomena and subsequent investigation.

In the spring of 2020, the Japanese ministry announced its intention to develop basic principles for tracking UFOs.

At the same time, Kono, referring to the sensational video of contacts of American pilots with UFOs in the media, said that he did not really believe in the alien origin of UFOs, but still he was interested in the conclusions of specialists in this field.

In August 2020, the head of the US military announced the creation of a UFO research team. The main task of the military unit is to investigate the incursions of unidentified objects into US airspace.

Most likely, we should expect an increase in the number of countries that will officially join the topic of UFO sightings.