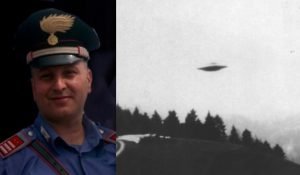 In Italy, a former military officer is on trial for allegedly fraudulent and slanderous activities related to investigating reports of UFOs and aliens.

According to Teleunica and other Italian-language media, Alessandro Di Roio, now a retired lieutenant of the Carabinieri (Italian National Gendarmerie) from the commune of Chiesa in Valmalenco, is mainly accused of having wrongfully received 80 euros in overtime pay for searching for UFOs and aliens.

It is alleged that Di Roio was not supposed to do this “work”, but did it. Not only that, he is also accused of “promoting a false ideology in public activities” and “continuing fraud.” 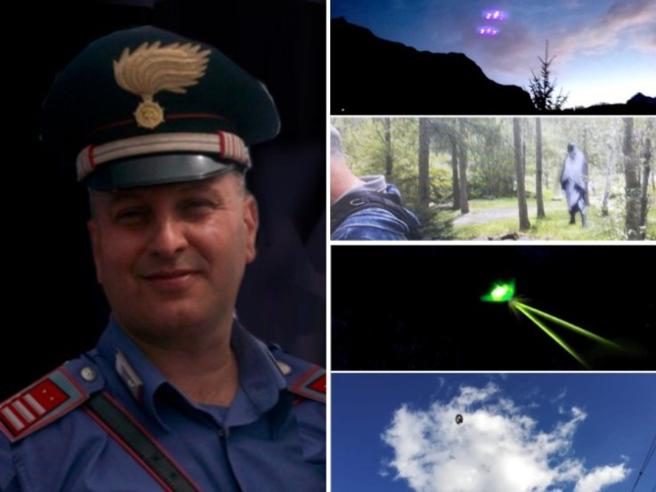 It may sound funny, but in fact these are very serious charges that can lead to a real prison sentence. Yes, literally jail for looking for UFOs.

According to Di Royo’s lawyer, these accusations are completely ridiculous, since they have a dossier about how Di Royo investigated a series of UFO sightings in Chiesa in Valmalenco during his work, that this was a full part of his work, and that the military, located under his command, took this investigation seriously.

The prosecution insists that Di Roio spent 2 hours and 40 minutes on this “fraud” and wrongfully received a salary of 80 euros for this. A trifle, it would seem, but there are no trifles in the bureaucracy.

Di Royo is said to have diligently sent UFO investigation reports to senior management, and when asked to stop, he continued on his own initiative. Also during the forensic audit, it turned out that Di Royo himself called himself an eyewitness to “unusual flying phenomena.”

This story began in 2011, when residents of Chiesa in Valmalenco began to increasingly report “mysterious round objects in the sky”. Over the next two years, strange UFOs continued to appear regularly in the area, and as a result, the commander of the local carabinieri, Lieutenant Alessandro Di Royo, became interested in this phenomenon.

He described everything in the reports and sent it to the leadership, but received nothing in response, except for a notification that the reports had been safely delivered to the appropriate provincial command of the Ministry of Defense. As a result, Di Roio decided to continue sending reports there, apparently with the hope of getting an answer someday.

Six years later, in 2019, Di Roio was told by his superiors and the Department of Defense to stop sending out reports about UFOs and “intelligent aliens.” However, Di Royo decided that it would be unfair to the locals who confided to him about the sightings of UFOs, so he decided to continue his work.

As a result, someone complained about Di Roio and an internal investigation was launched, which found that Di Royo included two additional hours in his time sheet for the investigation of UFOs and received 80 euros for this. For this, Alessandro Di Roio was accused of spreading a false ideology and fraud against the state.

Di Royo’s lawyer, Marco Della Luna, said that his client is being tried only because “he simply refused to keep this documentation in his desk drawer” (that is, he did not hush up the problem):

“For the first time, aliens entered the criminal process. However, after two interrogations, the court recognized the existence of a dossier with photographs and reports from the police department, in which both aliens and strange aircraft appear.”

According to reports from residents of Chiesa in Valmalenco, in addition to unusual flying objects, they saw “strange lights, suspicious shadows, unidentified aircraft, unusual figures, hominids, and so on.”

As for Di Royo himself, besides the fact that he was immediately fired from his post when the accusations against him appeared, he also experienced strong mental pressure:

“They laughed at me, treated me like crazy. I went through a very difficult period, I got sick, but I can assure you that I never violated my duty and that I never stole anything from the state.”

The main court session in the Di Roio case took place a week ago in Verona, and the final one, for unknown reasons, was postponed to January 11, 2023.

Monolith and mysterious tunnel at the landing site of Apollo 17