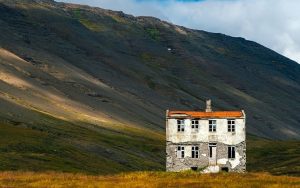 A family of six in the Netherlands was rescued after being held in a secret room awaiting the end of the world, reports BBC News.

The six adults found on a farm in the province of Drenthe appeared to have been completely isolated for nine years, waiting for the “end of time”.

They were discovered only after the eldest son managed to escape and reached the local pub.

“I had a chat with him and he revealed he had run away and needed help… then we called the police,” said bar owner Chris Westerbeek. “He had long hair, a dirty beard, wore old clothes and looked confused. He said he’d never been to school and hadn’t been to the barber for nine years.”

“He said he had brothers and sisters who lived at the farm. He said he was the oldest and wanted to end the way they were living.”

When the police arrived at the ranch, they discovered the family in a secret room accessible through a hidden staircase in the living room that was concealed behind a bookcase.

Since then, a 58-year-old man who is believed to have kept a family on a farm was arrested.