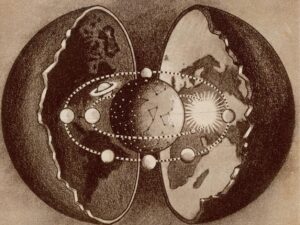 As science and science fiction join, we begin to decipher the ancient mysteries of the human experience, reports locklip.com.

If entities exist under the surface of our planet, they would not live in volcanic rock but in advanced spaceships meant to generate essential life habitat. Are tectonic plate shifts an act of their doing, or a truly natural part of Earth?

Theories about the Hollow Earth usually include a central sun, aliens, and legendary subterranean cities and civilizations that some open minded people believe could link science and pseudoscience, but only if discovered physically. 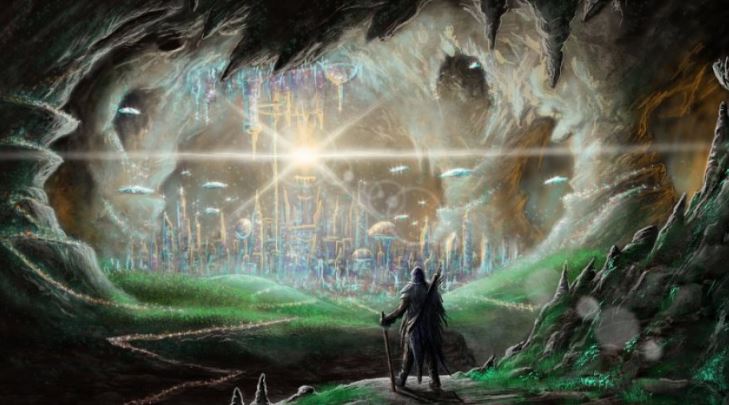 In ancient times, this idea of subterranean realms seemed arguable, and it became associated with the image of “places“ such as the Christian Hell, the Greek Hades, the Jewish Sheol or the Nordic belief of Svartalfheim.

However in modern times, with both sides of the Arctic and Antarctic regions melting down at an accelerated rate, the truth behind this enigma and its allegorical connections to other genesis or creation myths in the tale of humanity’s journey on planet Earth could soon be revealed.

According to the Hollow Earth theory, our planet is either fully hollow or otherwise contains a massive interior space. There are allegedly races that live in underground cities beneath planet Earth.

Often enough, these dwellers of the underground are more technologically advanced than we humans are on the surface. Some think that UFO’s are not from other planets, but are fabricated by strange beings from the inside of our planet.

Throughout time, some people have claimed that they encountered these mysterious beings from the ground, some even wrote detailed reports of the meetings or even books regarding the way they were greeted and taught.

An interesting description of such an encounter comes from John Cleves Symmes Jr, an American officer, trader and lecturer who introduced the concept of openings to the inner world of the poles. He declared that:

“The Earth is hollow, and habitable within; containing a number of solid concentric spheres, one within the other, and that it is open at the poles 12 or 16 degrees; I pledged my life in support of this truth, and I am ready to explore the hollow, if the world will support and aid me in the undertaking.” 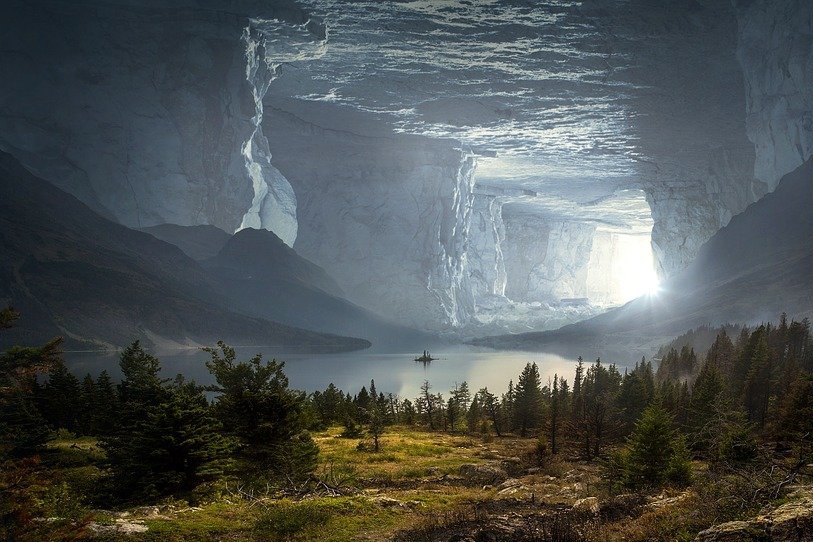 Symmes’ Hollow Earth theory described the world as consisting of five concentric spheres, with our outer earth and its atmosphere as the largest. He saw the Earth’s crust as being around 1000 miles thick, having an Arctic opening about 4000 miles wide, and an Antarctic opening measuring around 6000 miles wide.

He suggested that he managed to enter this underground realm because the curvature of the rim of the polar openings were gradual enough that it would be possible to enter the Inner Earth without being aware of the passage.

He stated that because of the centrifugal force of Earth’s rotation, the planet would be flattened at the poles, and thus have ample passage into the Inner Earth.

Symmes also claimed that this inner surface of the concentric spheres in his Hollow Earth would be lit by sunlight reflected off of the outer surface of the next sphere and would be livable, being a “warm and rich land, stocked with thrifty vegetables and animals if not men.“

He ultimately concluded that the Earth, as well as every celestial orbicular body that existed in the universe, visible or invisible, which partook in any degree of a planetary type, from the smallest to the greatest, are all established, in a greater or lesser degree, in a compilation of spheres.

Symmes wasn’t the best lecturer. He felt uncomfortable as a public speaker. Still, he preserved. He started making disciples and soon his ideas began to take shape into the public’s minds. The book Symzonia appeared in 1820 and has often been associated with him.

It describes the voyage of Captain Seaborn from 1817 who set out for the South Pole in order to prove the theory of an internal world, published by Captain John Cleve Symmes.

Afraid of the attitude of his crew, he does not fully inform them of his desire, hiring them rather for a commercial journey in the South Seas. The crew discover the internal continent, which is named Symzonia in honor of Symmes.

The new world appears to be of a garden paradise, consisting of:

“[…] gently rolling hills within an easy sloping shore, covered with verdure, checkered with groves of trees and shrubbery, studded with numerous white buildings and animated with groups of men and cattle, all standing in relief near the foot of a lofty mountain, which in the distance reared its majestic head above the clouds.”

The internals are described as a peaceful race, their power emanating from the people. They were led by a “Best Man“ and a council of one hundred, elected for their modest and exemplary merit. The most fundamental characteristic of the internals was their simple life style, as they despised material gain and sensual pleasures.

They lived equally, without the desire for wealth or carnal pleasures, while producing only what is needed for the society. The society is described as living for the unified good and prosperity of all of their people.

This fairness applied even to their diet, for they were vegetarians. Because of the contrast between the principles and values of the two races, the “Best Man“ orders Seaborn to leave this paradise inside the Earth, along with his crew, as described:

It appeared that we were of a race who had either wholly fallen from virtue, or were at least very much under the influence of the worst passions of our nature.

Even though Symmes and his disciples were not able to reveal completely palpable evidence for their claims, there must be more than a grain of truth in it as countless people experience visions of this inner place and gain some kind of spiritual guidance towards it.

In our current state of understanding, we realize that planet Earth holds a lot of mysteries waiting to be uncovered. The earth is said to be almost eight thousand miles in diameter, and the deepest excavations ever attempted only reached half a mile below its surface.

We are, therefore, extremely ignorant of the nature and structure of the interior of this vast mass the earth holds and might remain so unless those intraterrestrial beings (if of course they exist) decide to make the first step towards us.