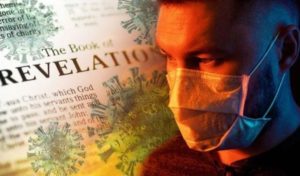 If you haven’t heard of the coronavirus, you must have been living under a rock for the past month – having infected almost 800,000 people and claimed the lives of 37, 829 individuals at the time of writing.

Causing flu-like symptoms and pneumonia, the COVID-19 pathogen infects respiratory systems and can be fatal. The pandemic has changed the world as we know it and will have far reaching implications, even after the spread of the virus has slowed.

But is there any evidence that the Coronavirus pandemic is fulfilling a Biblical prophecy? Some Christians certainly seem to think so.

Some believers claim that the Four Horsemen of the Apocalypse prophecy is being fulfilled. Apparently, current events of the world and Coronavirus outbreak are fulfilling the events of the prophecy about the end of the world presented in the New Testament, in the Book of Revelation, in which four horsemen represent War, Plague, Famine and Death. 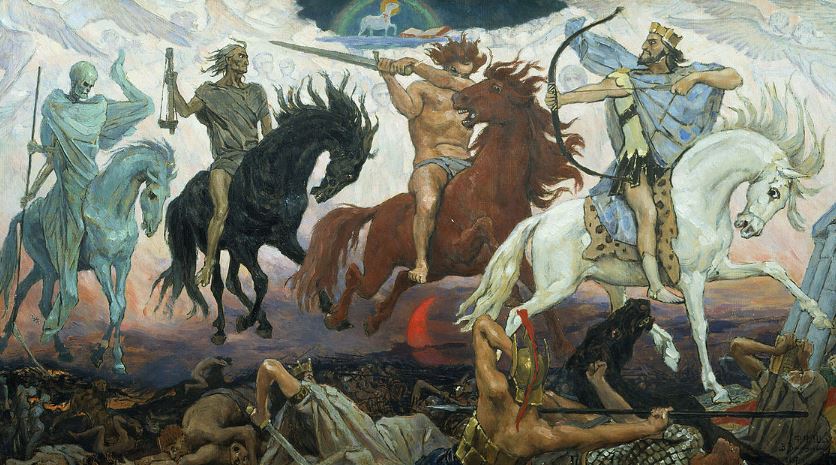 “Social media is full of Christians and conspiracy theorists alike, claiming the coronavirus is the ‘beast’ that was talked about in the Book of Revelation and that the Coronavirus is the ‘Pandemic of Pestilence’ that occurs before the return of Christ – that is, the plague that occurs before the end of times.” Says Damon Gregor, a writer at LastMinuteWriting and Writinity.

According to the evangelist Gerald Flurry, the coronavirus can be interpreted as one of the four harbingers of doom. In a recent article, he noted ‘These horsemen symbolise the end time culmination of the most devastating woes endured by mankind because of his rebellion against his Creator!”

Mr Flurry said: “Jesus Christ Himself said pandemics of pestilence would happen before His return: ‘For nation shall rise against nation, and kingdom against kingdom: and there shall be … pestilences … in divers places’.

“Pestilence in this context means disease outbreaks on a massive scale.”

However, other Christian scholars have noted that the Book of Revelation specifies there will be famine, earthquakes and plagues are several points across the world: these are clear signs that the gates of heaven are opening. Since this hasn’t happened, it’s likely this isn’t the foretold apocalypse.

As happens in times of global crisis, there are many conspiracy theories floating around the web about COVID-19 and how it occurred (despite there being pretty solid evidence that it did, in fact, originate in a live animal market in Wuhan, China).

Some say that the virus was developed in a lab as a biological weapon gone-wrong, whilst eco-fascists have taken to the forefront in claiming the virus is a means of population control.

“Others claim the virus was foretold by the 16th-century seer Nostradamus,” says Mhairi Williams, a blogger at DraftBeyond and Researchpapersuk. “Nostradamus claimed a plague would ravage human civilisation ‘not far from the Tiber’ (a river in Italy) and that there would be ‘diverse plagues’ upon mankind.

The problem with looking to the past for prophecies about plagues is twofold: there are numerous prophecies about pandemics, and they are always very vague. Given that diseases have ravaged mankind since we began writing history, it’s natural that seers and religious figures would prophesize them: it makes sense that they will happen repeatedly, and humanity should be prepared for this.

Yet the Biblical prophecy and Nostradamus’ mystical writings contain no solid evidence that points to COVID-19 being the end of times.

In fact, the coronavirus mainly affects elderly people and people with underlying health conditions. Around 30% of people who contract the virus remain asymptomatic (according to studies on China’s experience) and the death rate amongst young and healthy people remains around 3-4%.

It’s certainly deadlier than the season flu and is causing healthcare systems to be overloaded, but it’s worth noting that it isn’t the virus itself that is deadly – it’s the lack of hospital space, equipment and healthcare professionals that are causing problems. In a world where healthcare was prioritised by government spending budgets, the coronavirus need not have been so deadly.

As the WHO chief has noted, countries like China, South Korea and Singapore have already proven the virus can be contained and controlled by using rigorous testing, detecting and quarantining those suspected to have the virus.

So, given that the virus is not deadly to all and can be contained with the correct measures, it would seem it might not be the end of days. Quite the contrary: the virus might, in the long run, mean positive things for the future of social wellbeing and universal healthcare.

Is the coronavirus pandemic fulfilling Biblical prophecy? In short, I would simply say: no.

Victoria Munson is a business reporter at Luckyassignments.com and Gumessays.com who enjoys keeping up to date with current events and writing about them. She hopes to aid audiences understanding of the news by analysing and interpreting key trends and events.