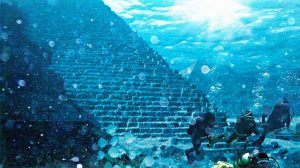 Some believe that the legendary lost continent of Lemuria, in the Pacific Ocean, is part of the cradle of the world’s oldest civilization and the site of the Garden of Eden.

There is a debate as to whether or not it’s older than Atlantis or if they co-existed. In the 1800s, English zoologist Philip Scatler proposed the theory that a land bridge linked the southeast Asian coasts and Madagascar to the Malay Archipelago during the Eocene Age after Charles Darwin developed his theory of evolution.

This was meant to explain why the lemur is found in these locations, so he dubbed the civilization Lemuria.

Other scientists agreed with Scatler. Evidence of underwater and subterranean civilizations has been found, in more recent times, from Japan and Hawaii to the western coast of California.

In 1870, the former Bengal Lancer claimed that a Hindu priest told him about ancient stone and clay tablets that revealed the secret of a continent he called Mu. Humans first appeared there about 200,000 years ago and evolved into a race of 60,000,000 people in ten tribes.

About 12,000 years ago, Mu was destroyed by a volcanic eruption, tidal waves and earthquakes. Survivors escaped to other lands. He postulated that the Pacific Ocean’s rocky islands are remnants of Mu, but didn’t offer hard evidence to prove it; so many scientists dismiss his works as fiction.

French physician Augustus le Plongengeon, who excavated Mayan ruins, theorized that the Mayans and Egyptians are descended from Muvians. 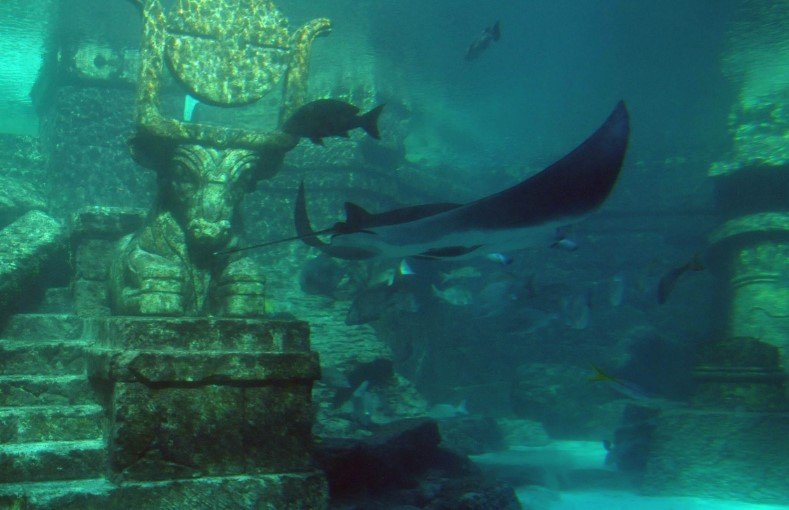 Japanese Divers Find what Some Believe is Part of Lemuria

In March 1995, divers found, spread out over three hundred and eleven miles, preserved ruins of a submerged ancient city in the sea around Okinawa and island of Yonaguni, in eight separate locations. These were human-made, consisting of boulevards, streets, archways, staircases and structures, made of precisely cut and fitted stone blocks welded together.

Soon, Japan’s archaeologists joined Lemurianists in exploring the discovery. In September, not far from the shore of Yonaguni, they found an enormous, pyramid-like structure in approximately one hundred feet of water which appeared to be a ceremonial center with walkways and pylons.

The ziggurat, a four sided pyramid-shaped structure, is thought to be the world’s oldest building. It’s almost twice as old as the Egyptian pyramids. Many archeologists believe it’s evidence of a previously unknown Stone Age civilization. Some date the ziggurat to, at least 8,000 BCE, while others think it goes back to 12,000 BCE.

Professor Masaki Kimura, a professor of geology at Okinawa’s Ryukyu University has concluded that the mysterious ziggurat was made by humans. The building isn’t natural. If was, debris from erosion would have been around the site, but there was none.

There’s what appears to be a road and smaller ziggurats surrounding the structure, further evidence that it was human made. Robert Schoch, Professor of Geology at Boston University, agrees.

Jim Mower, an archeologist at London’s University College, stated that, if the Japanese ziggurat is proved to be 10,000 years old and is made by humans, it will change previous thoughts about Asian history because this would make the people who made the structures equal to the ancient civilizations of Mesopotamia and the Indus Valley. 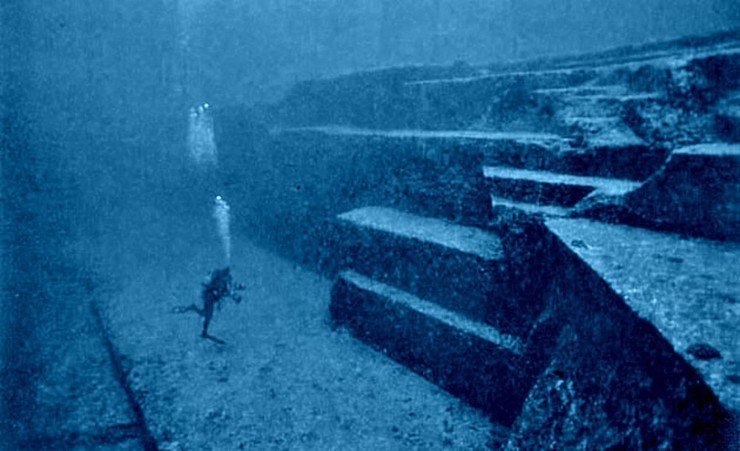 Lemurians Could have Built the Japanese Pyramid

These mysterious submerged stone structures off of Okinawa’s coast have some Japanese wondering if their island was once part of the lost continent of Lemuria. These could only have been built by a civilization with a high degree of intelligence and technology, most likely from the Asian continent, where the oldest civilizations are theorized to have originated.

There would have to have been some type of equipment involved to have constructed the submerged structures.

There is a debate concerning the location of the Cradle of Civilization, where the oldest civilizations are thought to have stem from. It’s usually postulated to be ancient Near Eastern lands, especially in the Fertile Crescent of Levant and Mesopotamia, but can extend to Armenia, Greece and the Persian Plateau and other Asian civilizations by large river valleys, such as the Indus River in South Asia and the Chinese Yellow River.

The ziggurat might have been an ancient religious site, perhaps celebrating an ancient god like Nirai-Kanai, whom residents of Okinawa believe brings happiness from beyond the sea.

The site could be evidence of an ancient culture (for which no records exist) that had the ability to build the city eons ago. Some of the submerged structures resemble castle walls built on the island of Okinawa. Would further research change the concept of Asian history? Or is Lemuria a mere legend?