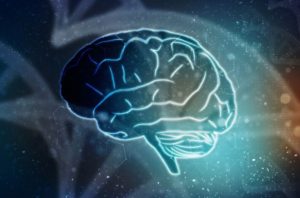 Do you really have to have a brain? The reason for my apparently absurd question is the remarkable research conducted at the University of Sheffield by neurology professor the late Dr. John Lorber.

When Sheffield’s campus doctor was treating one of the mathematics students for a minor ailment, he noticed that the student’s head was a little larger than normal. The doctor referred the student to professor Lorber for further examination.

The student in question was academically bright, had a reported IQ of 126 and was expected to graduate. When he was examined by CAT-scan, however, Lorber discovered that he had virtually no brain at all.

Instead of two hemispheres filling the cranial cavity, some 4.5 centimetres deep, the student had less than 1 millimetre of cerebral tissue covering the top of his spinal column. The student was suffering from hydrocephalus, the condition in which the cerebrospinal fluid, instead of circulating around the brain and entering the bloodstream, becomes dammed up inside.

Normally, the condition is fatal in the first months of childhood. Even where an individual survives he or she is usually seriously handicapped. Somehow, though, the Sheffield student had lived a perfectly normal life and went on to gain an honours degree in mathematics.

This case is by no means as rare as it seems. In 1970, a New Yorker died at the age of 35. He had left school with no academic achievements, but had worked at manual jobs such as building janitor, and was a popular figure in his neighbourhood.

Tenants of the building where he worked described him as passing the days performing his routine chores, such as tending the boiler, and reading the tabloid newspapers. When an autopsy was performed to determine the cause of his premature death he, too, was found to have practically no brain at all.

Professor Lorber has identified several hundred people who have very small cerebral hemispheres but who appear to be normal intelligent individuals. Some of them he describes as having ‘no detectable brain’, yet they have scored up to 120 on IQ tests.

No-one knows how people with ‘no detectable brain’ are able to function at all, let alone to graduate in mathematics, but there are a couple theories. One idea is that there is such a high level of redundancy of function in the normal brain that what little remains is able to learn to deputise for the missing hemispheres.

Another, similar, suggestion is the old idea that we only use a small percentage of our brains anyway—perhaps as little as 10 per cent. The trouble with these ideas is that more recent research seems to contradict them.

The functions of the brain have been mapped comprehensively and although there is some redundancy there is also a high degree of specialisation—the motor area and the visual cortex being highly specific for instance.

Similarly, the idea that we ‘only use 10 per cent of our brain’ is a misunderstanding dating from research in the 1930s in which the functions of large areas of the cortex could not be determined and were dubbed ‘silent’, when in fact they are linked with important functions like speech and abstract thinking.

The other interesting thing about Lorber’s findings is that they remind us of the mystery of memory. At first it was thought that memory would have some physical substrate in the brain, like the memory chips in a PC.

But extensive investigation of the brain has turned up the surprising fact that memory is not located in any one area or in a specific substrate. As one eminent neurologist put it, ‘memory is everywhere in the brain and nowhere.’

But if the brain is not a mechanism for classifying and storing experiences and analysing them to enable us to live our lives then what on earth is the brain for? And where is the seat of human intelligence? Where is the mind?

One of the few biologists to propose a radically novel approach to these questions is Dr Rupert Sheldrake. In his book A New Science of Life Sheldrake rejected the idea that the brain is a warehouse for memories and suggested it is more like a radio receiver for tuning into the past.

Memory is not a recording process in which a medium is altered to store records, but a journey that the mind makes into the past via the process of morphic resonance. Such a ‘radio’ receiver would require far fewer and less complex structures than a warehouse capable of storing and retrieving a lifetime of data.

But, of course, such a crazy idea couldn’t possibly be true, could it?

“Resurrection” of the Mammoth: How Feasible is the Task?

How to Prolong Lucid Dreams