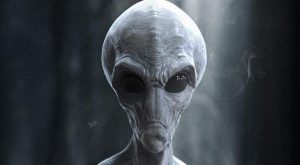 In the last three years, the UN, the Vatican and NASA have made announcements regarding possible alien life. Are we being groomed for disclosure?

Since the Roswell incident in June 1947, there have been widespread rumours about not only the existence of aliens but also their involvement with the governments of the world.

Although there have been several mass UFO sightings around the world such as the famous 1997 Phoenix lights, the authorities have remained tight lipped on the issue.

Whistleblowers on UFOs Within the Government

In the last 20 years, there has been a surge of whistleblowers regarding the US government’s involvement with aliens. The accounts range from UFOs being recorded on radar to government officials and private corporations allegedly working with aliens on secret projects.

The closest the world has ever been to a UFO disclosure was in 2001, when Dr Steven Greer led a group of witnesses – all with ties to government authorities such as military, the NSA and NASA – came forward at the National Press Club and spoke of UFO activity. Members of major media networks such as the BBC were present.

There is also the detailed account of Aaron McCallum, an ex-black operative agent, who says that he has interacted with aliens within the US military.

Despite the negative accounts of whistleblowers linking the government to aliens, there has really been no official word on the subject to deny the accounts. It is not until a few years ago that institutions around the world have started igniting this topic with a series of announcements.

Back in 2008, Rev. Jose Gabriel Funes, an astronomer and director of the Vatican observatory, announced to the world that the possibility of alien life does not conflict with the church’s faith in God. The same topic was brought up again in 2009.

In August 2010, the British government released secret files from its national archives confirming that authorities have been taking note of the UFO issue since the 1950s.

In December 2010, NASA made an announcement regarding a discovery, which according to them gave a broader definition to life. They discovered a microbe strain the GFAJ-1, that can build part of itself out of arsenic.

And today, NASA has announced the discovery of more than a few hundreds of planets that have the potential for life forms.

Can NASA and the Vatican Be in This Together?

One has to ask why this sudden influx of information on the possibility of alien life by all the major institutions in such a short span of time.

Is there a link between NASA, the Vatican and the governments of the world the public is not aware of? Has this information been coordinated for timely release?

It may be that they all believe that the subject of UFO has become so popular that it is time for them to officially update their procedures and beliefs. Or is this all part of a more sinister plan?

In Case of Alien/ UFO Disclosure, People Should Do Well to Consider All Information

If indeed as some already believe that the governments of the world are getting the people ready for Alien / UFO disclosure, the question would then be how much are they still not telling us?

It is unlikely that people with a mentality of keeping things secret will suddenly divulge everything they know about a topic which, according to whistleblowers, they’ve been keeping secret for decades.

Also how accurate would that information be? Are we being groomed to understand what is about to be revealed from a controlled perspective?

The mere fact of disclosing the UFO phenomena means that whistleblowers were right and that there has been indeed a massive cover up.

If in fact disclosure on the topic of extraterrestrials happens soon, then it is important to compare what the authorities say versus what the whistleblowers have said in the past and from there make up your mind who and what to believe.