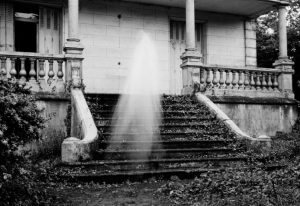 There are different methods used by researchers to validate the existence of ghosts. Evidence that has been uncovered may suggest our hope in an afterlife is well placed.

The subject of ghosts has been discussed in books, movies, television shows and around the campfire. For many, the topic extends beyond a fascination with the paranormal. Reasoning suggests that if ghosts are real there may be continued existence beyond death.

Researchers in the fields of physics and life sciences have been trying to determine what resides within the electromagnetic energy field of life forms. Electromagnetic energy, composed of atoms and photons, exists around and within everything and consists of x-rays, gamma rays, radio waves and the light spectrum.

There is a theory proposing that consciousness, which is the essence of humans, exists within this energy field.

Since scientists know that energy is not created or destroyed, the question then arises about what happens to the human energy field upon death. If consciousness resides within the human energy field, then it would follow that humans simply change forms and move to another level of existence.

Researcher Johnjoe McFadden from the University of Surrey in England has been researching this theory along with the implications related to free will, spirituality and creativity.

Faulty at worst, accurate at best, human experience is an important part of what defines beliefs. There has been a staggering amount of anecdotal evidence that supports the theory of ghosts.

Some stories can be immediately dismissed as what they are: stories. Ghost stories are fun, and for that reason they have proliferated throughout time. But a number of people, children and adults, relate ghost stories that seem chillingly accurate and sometimes logical. Sometimes the evidence of ghosts is in the experience.

However, it is important to remember none of the equipment available to the general public was created for the specific purpose of finding a ghost. This is an important consideration since this may create faulty data. Using a tool for activities outside of its designated purpose may have unintended consequences.

Until specific devices are created for detecting ghosts all possible explanations for unknown activity must be taken into consideration. For example, if a high energy field reading is present all possible sources must be eliminated first, such as faulty wiring, electronic devices in the area, content of construction materials and external environmental features.

Using these instruments, some investigators have been able to determine the possibility of paranormal activity in locations throughout the world after eliminating all earthly possibilities.

Many people seek some sort of evidence, proof that our existence continues and there is continuing life for all. Advances in technology and research may soon make it possible to understand what has previously only been legend. As science gains more knowledge of energy, matter and consciousness, humans begin to have an improved understanding of how the universe functions.

The Strange Case Of The Marrtown’s Banshee