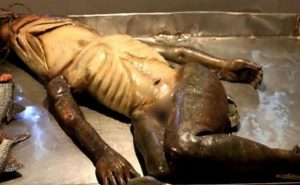 Fisherman Ilya Nogatov was surprised when his colleagues caught a strange creature from the Sea of Azov.

“I have never seen anything like it in my life”, he said.

Taganrog fishermen focused on the fact that they were able to fish out some semblance of a mermaid, which did not show any signs of life.

Eyewitnesses of the incident described the sea monster as a 2-meter creature, endowed with a catfish head, male torso, arms and tail. 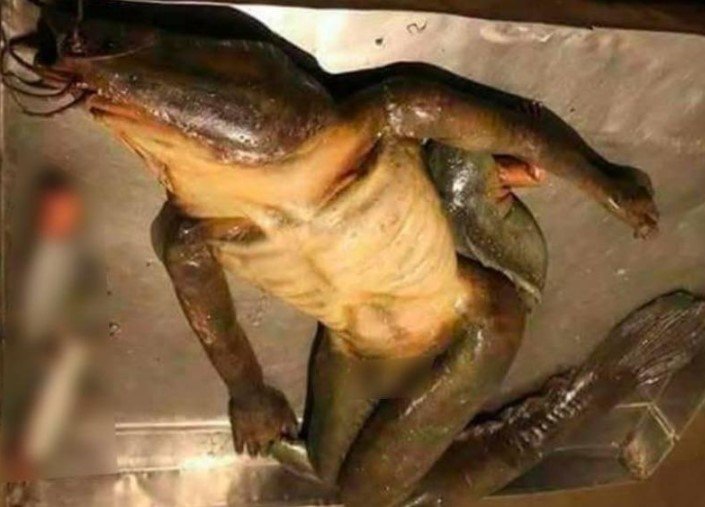 So far, little is known what kind of fish it is. Some biologists have stated that it may even be a completely different biological being.

“We still need to do a lot of investigations”, said one of the main biologists of this case.

Preliminary information says that a mermaid-like creature, which was caught in early August, could have been killed by a storm.

In folklore, a mermaid is an aquatic creature with the head and upper body of a female human and the tail of a fish. Mermaids appear in the folklore of many cultures worldwide, including the Near East, Europe, Asia, and Africa.

The male equivalent of the mermaid, like in this case, is the merman. Although traditions about and sightings of mermen are less common than those of mermaids, they are generally assumed to co-exist with their female counterparts.

Two bright UFOs emerge from the inside of Popocatepetl volcano