The mysterious creature, which looks like a mixture of a dog and a hyena, has puzzled specialists. The animal was killed by shepherds after it attacked one of them.

The beast was killed in the small village of Oancha, which is located in the eastern part of Romania. This was done after the animal attacked sheep, dogs and birds for some time.

In a video posted on the Internet, you can see the real monster that hangs from a tree. 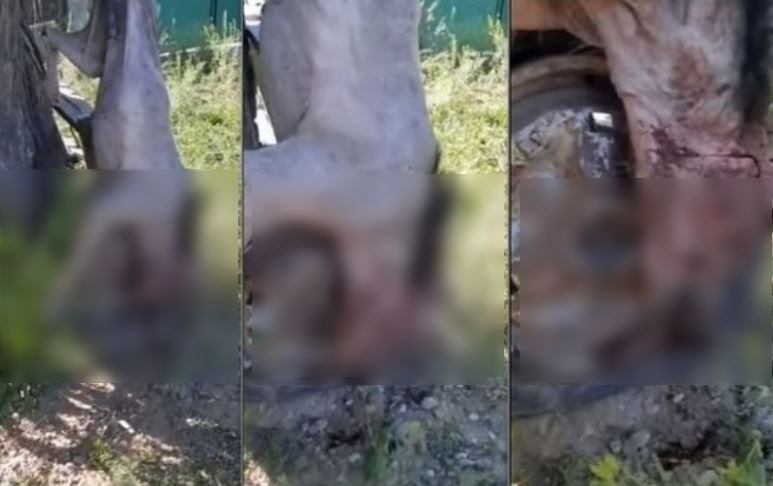 One of the local shepherds said that he had no idea what kind of creature it was, because he had never seen anything like it before.

It had absolutely no hair on its head, only a small mane was present. At the same time, it cannot be a dog, as the teeth are different and have a completely different shape.

Specialists cannot determine what kind of animal it was. They have no opportunity to examine the corpse of an animal due to the fact that it was burned.