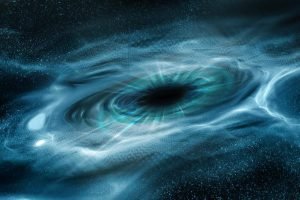 Observations with the powerful ALMA radio telescope have revealed something unusual near the Milky Way’s supermassive black hole.

Astronomers have discovered a mysterious object in the center of the Milky Way that orbits a black hole every 70 minutes. This means that the object is moving at an incredible speed – 30% of the speed of light.

According to astronomers, the object orbiting the black hole is most likely a hot bubble of gas orbiting Sagittarius A* in an orbit comparable to that of the planet Mercury. The only difference is that it completes one revolution in about seventy minutes.

According to Maciek Wielgus of the Max Planck Institute for Radio Astronomy in Bonn, Germany, this mysterious object requires an incredible speed of almost 30% of the speed of light to make one revolution in seventy minutes.

Vilgus did a study that described a bubble of hot gas orbiting a black hole. The results of the work were published in the journal Astronomy and Astrophysics.

The ALMA radio telescope, co-owned by the European Southern Observatory (ESO), was used in a joint effort with the Event Horizon Telescope (EHT) to photograph black holes. In April 2017, the EHT first imaged the Sagittarius A* black hole at the heart of the Milky Way galaxy. 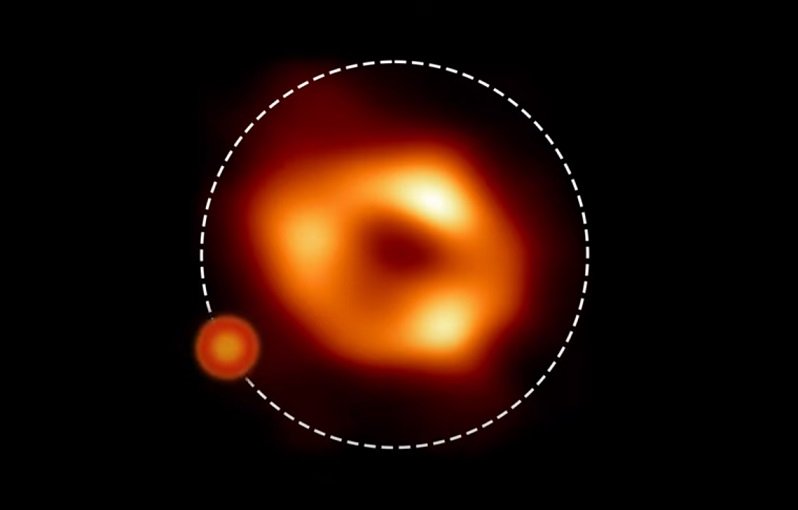 Astronomers believe these flares are caused by bubbles of hot gas spinning extremely fast near black holes. Previously, they were observed using X-ray and infrared telescopes.

It is especially intriguing that flares of this type have previously been recorded exclusively in the X-ray and infrared ranges.

Recent discoveries support the hypothesis that flares are produced by magnetic interactions in hot plasma orbiting a black hole. These flares appear to be of magnetic origin.

Radio telescope data show that the flare originates in a collection of gas orbiting the black hole at about 30% of the speed of light.

What happens next to the Sagittarius* environment remains a mystery to researchers for now. Scientists hope that one day they will learn more about this phenomenon and be able to get a clearer picture of what is happening in the center of our galaxy.

Elon Musk: “I will be surprised if we do not land on Mars in the next 5 years”