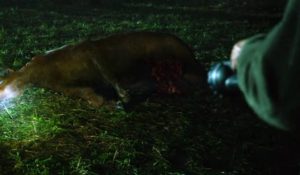 Oregon officials are investigating the strange killing of five large bulls at the Silvies Valley Ranch in Garni County. The bulls belonged to the prestigious Hereford meat breed and each cost 7 thousand dollars.

Bulls disappeared from the herd at the end of July 2019, two bull corpses were found on July 30, and three more on July 31. All bodies had the same injuries – genitalia and tongues were cut out of the bulls with surgical accuracy

At the same time, the cause of animal death is still unclear. And this is also a characteristic feature of all such incidents that have been recorded for half a century all over the world in different countries and on different continents.

Someone attacks cows (occasionally horses or sheep), cuts out the genitals, udder, tongues, part of the meat from the face, and sometimes cut off the ears. 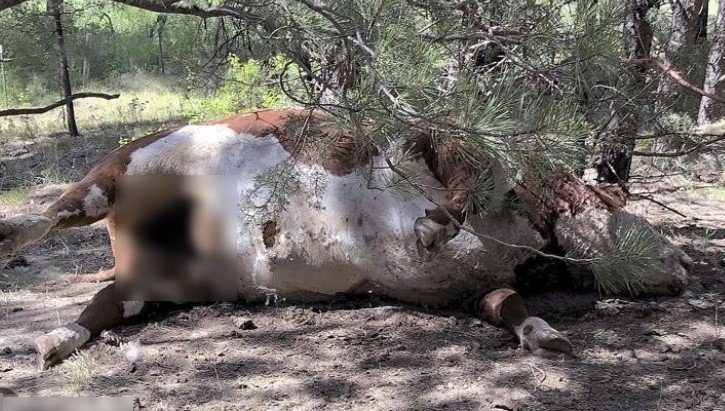 No other organs are of interest to them and you can never find out how an animal died – did it die from blood loss after a barbaric operation or was it killed in some strange way at first. And by the way, about blood, next to bodies, as in this case from Oregon, no one ever finds traces of blood.

As of August 7, the investigation into the murder of five bulls has not moved forward a single step. County Deputy Sheriff Dan Jenkins is the principal investigator and agrees that it is currently impossible to determine the cause of the death of the animals.

There are no bullet holes or knife wounds on the bodies. Scanning corpses with a metal detector (reveals stuck bullets or particles from metal knives) also yielded nothing.

Colby Marshall, deputy manager of the Silvies Valley Ranch, carefully examined the places where they found dead bulls and there were no signs of cars, no ropes, no signs of blood.

“No traces of bites were found on the bodies of these bulls, the wounds were very clear and even and made a very sharp tool,” says Jerome Rosa, executive director of the Oregon Cattle Herders Association.

Rosa is now offering $ 1,000 in rewards to anyone who can provide any important information on this matter.

In a supermarket in Scotland, a ghost attacked a saleswoman