Conspiracy theorists have linked the fall of hundreds of thousands or millions of birds from the sky to testing at a military training ground, while others argue that it was a California wildfire. But the official reason has not yet been announced.

The mystery began on August 20 when hundreds of dead birds were found on the ground near the US military missile range White Sands in New Mexico.

Initially it was believed that this is an isolated case, but in the following days the local problem turned into a full-scale phenomenon – dead birds began to be found in other places in the state, and their number ranges from several hundred thousand to several million.

For all these days, experts have not been able to name the exact cause of the death of these birds.

Conspiracy theorists, of course, have their own version. They note that it is not for nothing that the first large group of dead birds was discovered at a military missile range. It is possible that some secret tests were carried out there. 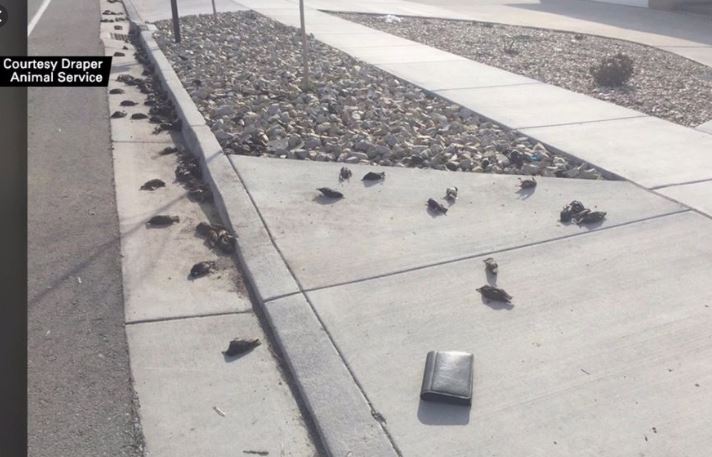 Biologist Martha Desmond, in an interview with the Les Crucas Sun News newspaper, called the phenomenon terrifying and said that she and her colleagues had never seen anything like it here.

Also, eyewitnesses report that often before falling dead, the birds behave unnaturally, gathering in large groups on the ground, but moving sluggishly, as if they are very sleepy.

Samples of the deceased birds were sent to the Forensic Laboratory of the US Fish and Wildlife Service in Ashland, Oregon for further analysis. But it may take weeks before results are obtained.

2020, obviously, will negatively affect not only people.