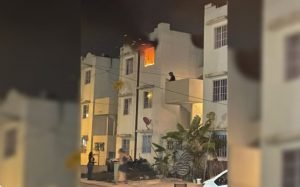 A strange incident happened the other day in Mexico. There, a woman was taken out of the fire, who immediately disappeared, and later it turned out that the apartment was empty and no one had lived in it for a long time, reports milenio.com.

It happened in the Canarios area in the city of Altamira. At about 4 am, residents of Golondrinas Street noticed a fire in the window of an apartment on the third (last) floor of one of the houses.

When they ran out into the street, they heard female screams from the burning apartment. The neighbors split up, some of them ran to call the firemen, others for buckets of water to extinguish the fire, and the Buenrostro couple went up to the third floor to save the woman. 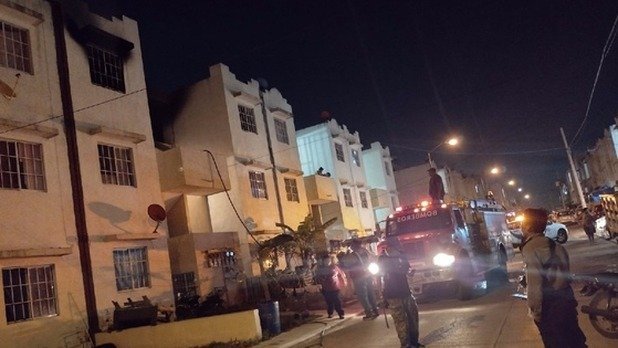 According to Fabiola Buenrostro, her husband broke the locked door of the burning apartment and immediately saw a young woman there, whom he took outside. But when he took the woman out into the street, she suddenly disappeared so that no one saw where she went.

When the couple started looking for her, all the other neighbors began to tell them that no one had lived in this apartment for a long time and that there could be no woman. Apparently, none of them saw this woman, even when Buenrostro took her out of the house.

When firefighters poured the flames of a fire, curious neighbors entered the burned-down apartment and found that the apartment was completely empty and there was nothing there except a candle stub, a stone bench and a small mirror.

There were no signs that someone lived here, much less a young woman. After that, rumors began to spread among the neighbors like a wave that in fact, the Buenrostro couple had brought a ghost out of the fire. People were very scared of what had happened.