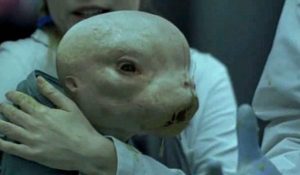 Japanese scientists have received permission to grow human organs in animal bodies, which in fact is permission to create hybrids of animals and humans.

Initially, the experiment will be conducted on rodents, in the body of which human stem cells will be added. If the experiment is successful, it involves much larger mammals, mainly pigs.

Experts in scientific ethics are thrilled by this news and say that there may be problems with the control of such activities and that due to the introduction of human cells into the bodies of animals, humanization of the animal can occur, up to the point that its brain will be more developed and it will arise consciousness, like a person.

The controversial project was created for people standing in line for transplantation of kidneys, liver, lungs and other important organs.

Professor Hiromitsu Nakauchi, head of research at Tokyo University, has been waiting for permission for these experiments for many years. In his opinion, their achievements really allow you to grow, for example, the pancreas of a person in the body of an animal. And after transplant it to the patient.

Regarding fears that the animals can humanize, Nakauchi said that everything would be tracked and that the hybrid would be destroyed if his brain developed at least 30% in a human way.