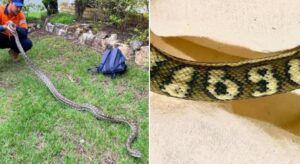 Australian Bryce Lockett, 25, is a snake catcher. Not so long ago he came across a unique specimen – a python, on the skin of which there was a real numbers.

Late last month, Bryce visited a resident as a huge python crawled into his house. The reptile crawled to the cage with parrots to feast on them. The young man did not expect to meet the longest rhombic python. The scales of the creature formed a pattern resembling numbers and letters.

On the snake you can see the numbers 7, 6 and 9, as well as the word keg, which means a barrel. If you flip the python, the letters and numbers will change. 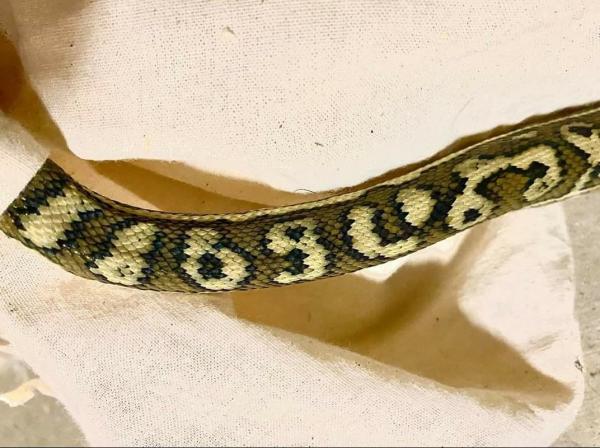 “Maybe the snake is hiding something important?”, Bryce asks.

There are legends in Australia that by the end of the world there will be animals on earth that will tell about it.

The young man still cannot sleep peacefully. He is trying to learn more about the unique animal. Perhaps the reptile actually holds some kind of secret.