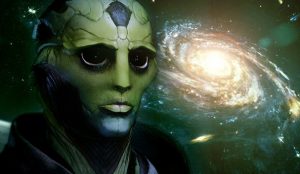 One of the most amazing crop designs is not a circle, but a rectangle that seems to be a direct response to a message sent out into space by Nasa in 1974.

The message was a radio signal depicting our planets location in our solar system and earth’s people, in hopes that it might be received and interpreted by an extra terrestrial intelligence.

Twenty seven years later in 2001, this crop design appeared in London, right next to the same antenna used to send the original message! Along with what could be a self portrait of the sender.

This message matches the format of Nasa’s signal sent out in 1974 and describes a different solar system from ours and a picture of the sender.

As well as symbols of non human DNA and a microwave antenna they apparently use to communicate. Rather than the radio antenna we use depicted in Nasa’s message. 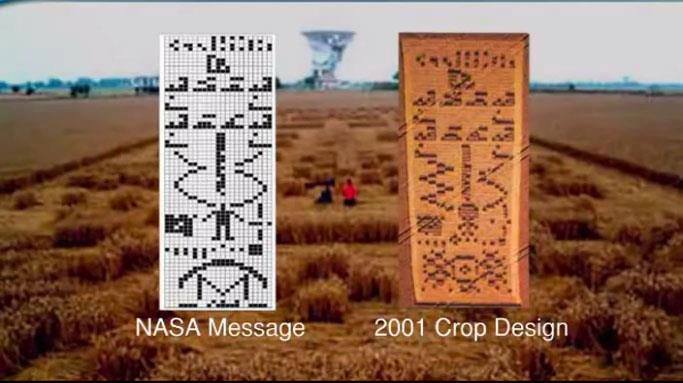 The antenna symbol had appeared in actually the very same field a year earlier, right next to a working radio wave antenna, similar to the one Nasa used to send out on the original signal.

Nasa continues to officially deny ET contact of any kind. And yet year after year these spectacular formations appear world wide.