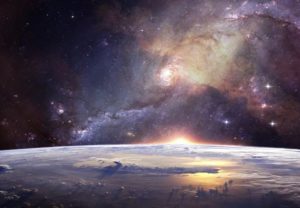 Beyond the borders of the Milky Way, scientists have discovered molecular oxygen, which is located about five hundred million light-years from us.

Previously, astronomers observed oxygen molecules outside the solar system, but now, thanks to the powerful 30-meter telescope IRAM and NOEMA, oxygen was detected near our galaxy.

Interestingly, oxygen is the third among the most common elements in space after hydrogen and helium, but it is practically absent in the solar system (in interplanetary space).

Oxygen is also found in the constellation Orion, where this element in combination with hydrogen is present in the form of steam, which mixes with dust particles.

We know that oxygen is essential to life on Earth, but it isn’t proof that life exists. It’s possible that alien lifeforms might not even require oxygen to live.

However, it’s still a positive sign that other parts of our universe could potentially support life like our own.