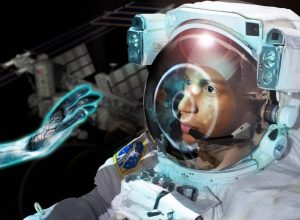 Ufologists are constantly talking about contacts with alien civilizations. But what do scientists think about this?

Most are convinced that intelligent life also exists on other planets, but so far there is no evidence that our brothers in mind are ready for contact.

And one of the explanations for this was once proposed by the famous Konstantin Eduardovich Tsiolkovsky, a Russian and Soviet rocket scientist who pioneered astronautic theory.

Only in our Galaxy there are about 50 billion planets, according to the characteristics close to the Earth. Among these options are sizes, illumination, the possible presence of water and atmosphere…

Since the age of many of them reaches billions of years, then, according to the theory of probability, at least on some planets intelligent civilizations should have arisen during this period. After all, it happened on Earth!

Another thing is how to prove the existence of such civilizations.

There is such a science as xenoarchaeology. It traces various ancient artifacts that may be associated with visits to Earth by visitors from outer space.

For example, some cave paintings depict objects that look like aircraft, and creatures that seem to be wearing spacesuits. But this is our interpretation. Perhaps there is a completely different picture. Our distant ancestors could thus simply fix their ideas about deities.

Unidentified flying objects, which are observed today, also cannot be considered evidence in favor of the intervention of alien aliens in our lives. Often they cannot be identified. And even when people talk about contacts with UFOs and humanoids, there are a lot of alternative versions: let’s say they dreamed, or these are some kind of hoaxes, experiments, etc.

Why are the signals not repeating?

From time to time, information is received about some flashes and radio signals, which enthusiasts immediately pass off as attempts by friendly civilizations to get in touch with us.

On August 15, 1977, a powerful narrow-band radio signal was recorded on Earth. Subsequently, various publications wrote a lot about this event.

However, experts believe that if representatives of the population of other planets wanted to give us a sign in this way, they would repeat the signal transmission more than once. It most likely has a natural origin and is some kind of radio anomaly.

Those who believe in early contact with extraterrestrial civilizations should refer to the works of the “father of Russian cosmonautics” K. E. Tsiolkovsky. Back in the 30s of the last century, he analyzed the situation with contacts and came to the conclusion that aliens would not “reveal” their presence to us. Why?

If a civilization is already capable of sending information over such distances (and there are most likely no habitable planets in space closest to us) or sending its spaceships on long-distance space travel, it means that it has reached a very high level of scientific and technological progress.

In this case, the gap between this civilization and ours, which still does not reach even Mars, is very large. And such contacts can harm both civilizations – in terms of disrupting natural development, ecology and other things.

It’s possible that aliens are watching us, but in such a way that our chances of detecting their presence are minimal. And some kind of connection with them will be possible only when we manage to break out of the solar system and rush to distant stars.

But for now, we have enough problems on our planet. We need to end the wars, strive for love and understanding. According to Tsiolkovsky and most modern researchers, it will take more than one century, or even a millennium, until such contact can take place.

He also wrote extensively and far ahead of his time on the possibility of life on other worlds. Some extraterrestrial life-forms, he proposed, might consist entirely of hydrogen (like the intelligent nebula in Fred Hoyle’s The Black Cloud).

Tsiolkovsky also wondered if there might be beings so advanced that they were essentially a disembodied consciousness. In his Monism of the Universe (1925), he suggests that superior entities might systematically eliminate lower creatures, such as animals and bacteria, rather than have them endure the painful process of biological evolution.

Furthermore, he argued that somewhere a race had progressed technologically to the point at which it could “overcome the force of gravity and … colonize the Universe.” Although he believed interstellar travel was achievable, he argued in a letter to the Organization of Young Technicians (1920) that, “In the near future short radio waves will penetrate our atmosphere and … be the main means of stellar communication,” thus presaging the science of SETI.