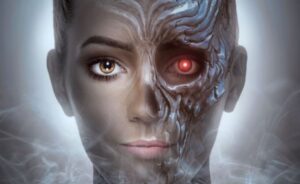 Scientists are confident that humans have no chance of surviving the war against artificial intelligence.

If in the future there is ever a collision of machines and people, the latter are doomed to death. And all because AI is more developed than the human brain, reports Futurism.

Nobel laureate Daniel Kahneman is convinced that the destruction of humanity by machines is just a matter of time. As soon as human knowledge becomes obsolete, the battle can be considered lost.

The fact is that a person can go for many years to one discovery, and in AI it is enough to load a program with calculations and the time spent will take no more than a few minutes.

Kahneman says that humanity can never bypass artificial intelligence, even though humans have invented AI. Daniel said that technology today is building our world, and tomorrow it may well cause its destruction.

Artificial intelligence is already replacing many professions. In China, for example, there are hotels where robots make everything instead of the usual staff.

Only one scientific breakthrough stops people from tragedy. As soon as the AI ​​learns to make decisions on its own, while devaluing the orders of people, it will question the leadership qualities of a person and enslave the entire planet.