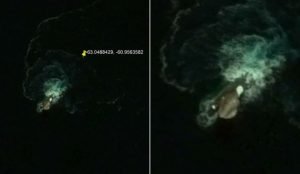 A Reddit user discovered something very strange on Google Maps a few days ago. This object is located in the Antarctic region, in the ocean near Deception Island and Snow Island.

Large waves are emanating from it and this object does not look very much like a stone or a ship. The picture was taken in 2013. Earlier images from 1984 and 2011 do not show anything unusual about this place, just the ocean surface. 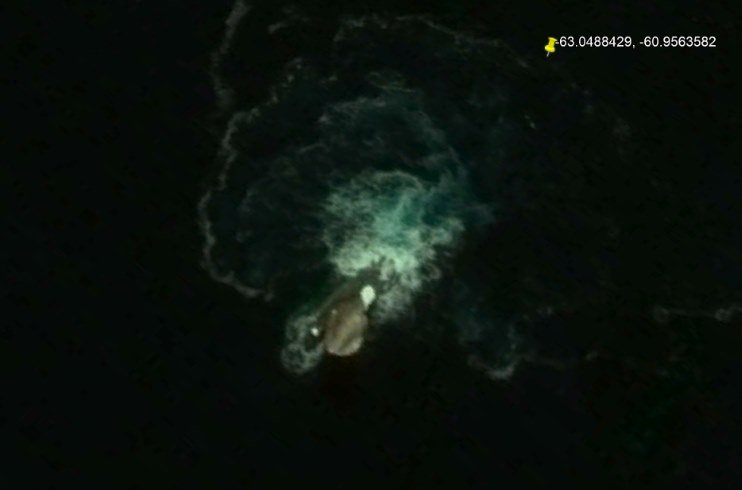 The object is about 164 feet long. “Is it a giant whale, a Kraken, or maybe Cthulhu”? – asks the author of the find.

Commentators began to speculate on their own. Someone thought that it was still a ship, another that it was a piece of rock. A more creative commentator suggested it was a scene of a sperm whale fighting a giant squid. 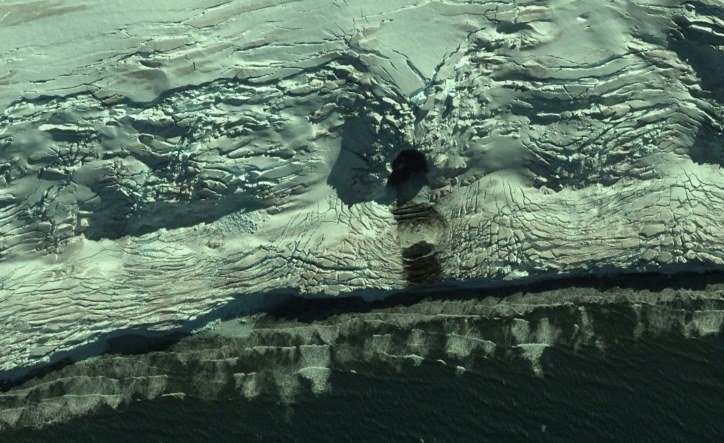 Another oddity is that relatively close to this “kraken” on King George Island there is a strange hole. It is very similar to a man-made cave tunnel leading somewhere inland.