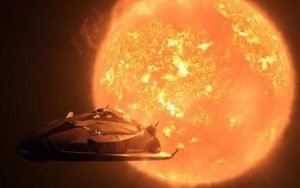 Renowned explorer Scott Waring said that one of the photos taken by the NASA SOHO space probe shows “a city under the surface of the Sun.”

On November 15, 2022, a strange image of the Sun with mysterious geometric shapes was published. Scott Waring stated that these are mysterious structures hidden under the surface.

City hidden under the surface of the Sun

Waring explained that as surface material moved away from the Sun, an elusive region became visible. It became clear, the ufologist believes, that something is hidden under the surface of our luminary.

Based on its shape, he is convinced that it is a huge alien megastructure, as only about 3% of its actual size is visible. The rest, it turns out, is hidden in the Sun itself.

He believes that only this small part is visible, because these are the tallest mountain-like structures on Earth, towering above the clouds. 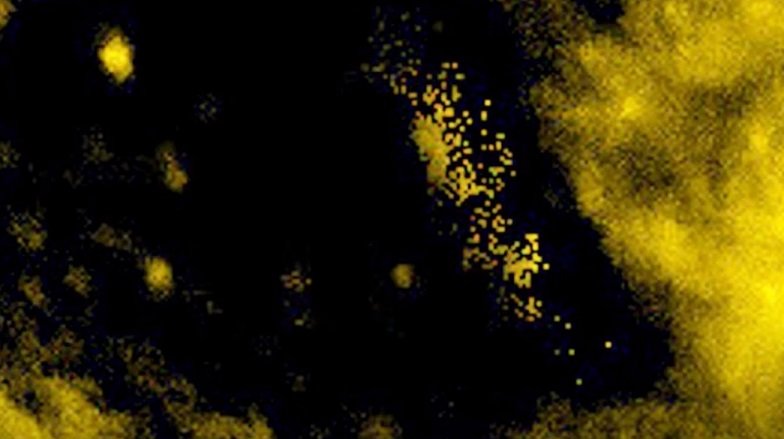 The researcher explained that in his more than 20 years of research on UFOs, he had seen this phenomenon only 2 times. The last time it happened was in 2013. He is now convinced that there is a real Dyson sphere inside the Sun. exists inside the Sun.

For centuries, we have been told that the Earth is in a privileged position, because if it were closer to the Sun, life would be impossible, but scientists believed that this could not be confirmed in any way.

Is the sun inhabited?

Some members of the scientific community suggest that the Sun is not a star, but an electromagnetic center with a zero point that does not generate heat.

Scientists say that the Earth’s heat is the result of the sun’s rays passing through the atmosphere. Thus, the temperature on the planet will be determined by the atmosphere as a result of exposure to radiation.

In 1937, “The Electromagnetic Theory of the Cold Sun, Analysis of the New Structure of the Universe” appeared, written by the Salvadoran engineer Isaias Araujo.

The same suggests that the parent star emits no light at all, being a cold luminary, and daylight is artificial, which explains its bright white color, clarity, penetrating power and the order of decomposition of its spectrum. Even ultraviolet rays cannot be attributed only to a star.

Sir William Herschel, a German-British astronomer, suggested that the star is moving towards the constellation Hercules, dragging the entire solar system with it.

He also suggested that there could be life on the Sun and that its inhabitants do not suffer from intense heat, as, for example, we do on Earth, since the Sun is a cool body, not a hot mass.