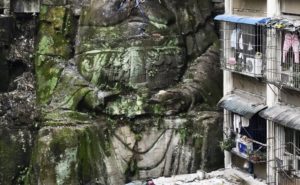 In the southwest of China, in the city of Chongqing, workers discovered a statue of Buddha, which for many years “hid” behind heaps of debris and thickets of plants.

When the workers completely cleared the area between the two high-rise buildings from debris, they saw a large statue of Buddha.

Local residents said that having lived for many years in the area, they did not even suspect that a huge statue could be hidden behind their windows, behind a pile of garbage. The overgrown plants completely hid it, so the statue was invisible to people living in the vicinity. 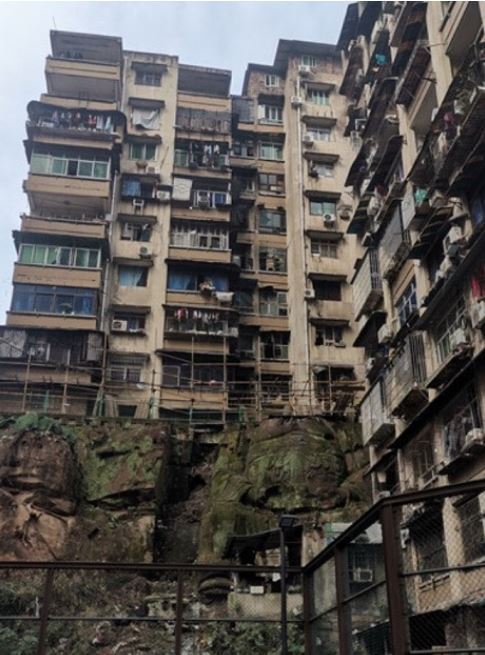 The discovered relic depicts a seated Buddha with a round stone in his hands. The statue has no left leg and wrists, and no head at all. There is an assumption that it could have been lost in the middle of the last century.

At present, nothing is known about the origin of this artifact, there are no official statements from scientists either, and lively discussions have begun on the Web regarding the time of its creation.

An official from the Chongqing Cultural Heritage Administration also said that the age of the relic has not yet been established, and they are now developing a plan to save the monument.