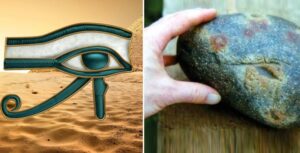 In 2002, Peter T. Lund, an archaeologist, has found ancient stone artifacts called the Eye of Ra, along the rocky shoreline of the peninsula in Portland, Maine, USA. Peter said, it has been inscribed by laser or similar beam.

The design consists of a pre-Egyptian Eye of Ra complete with the two lines representing the falcon’s eye markings and the cheetah’s tear line.

The lines are to either side of the Eye whereas in the conventional Egyptian version they appear centered directly beneath the Eye. He claims that this is the oldest Eye of Ra in existence in the world today and any qualified person can examine and test the stones to verify their authenticity. 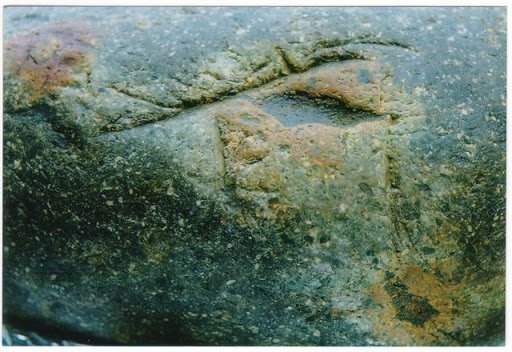 According to Dr. James Feathers at the University of Washington the stone dated to before 70,000 years ago, by using thermoluminescence.

The most startling observation is the profusion of heat-related morphology on or directly adjacent to these features, indicating that the alterations were produced by a deliberate and intentional exposure to a directed source of extremely intense heat, such as a laser.

There is also an image resembling a bird in upward flight. (Ra’s totem is the falcon, he is usually depicted with a falcon’s head.) The Eye, the tear at the end of the tear line, and the falcon are all melted to shiny black glass. 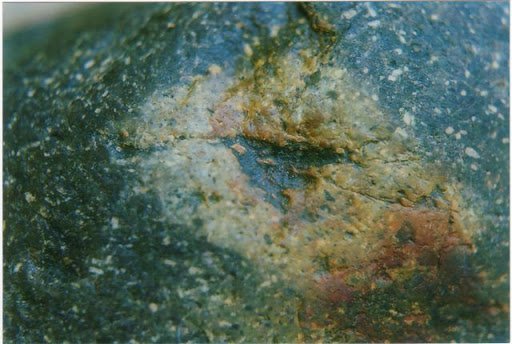 The normally dark basalt has turned white and red around the features due to the intense heat used in making the designs. The lines are not physically carved into the stone, they are delicately made heat stress fractures from a beam approximately 1/16 of an inch in width.

A local professional geomorphologist was consulted, and upon inspection of several of the stones, sat scratching his head in perplexity. He said, “They appear to have been deliberately made for some purpose by a process involving intense heat.” However, he refused to commit his observations to paper when requested.

Peter said that he already contacted dozens of professionals in the fields of conventional and alternative Archaeology, Anthroplogy, and Egyptology over a period of ten or more years, with very few serious responses. Apparently, there is no other artifacts of this type has ever been recorded.

This Should Not Exist: The 100-Million-Year-Old Fossilized Human Finger