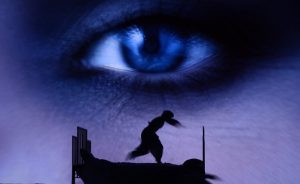 There are so many stories and theories about the sixth sense. The key thing to remember though is that it is not a physical sense, but a spiritual one.

Scientists believe that our connection to the physical and material planes has determined us to develop the five senses, while the sixth sense suffered an involution, due to the fact that somewhere along the way we’ve stopped using it or simply did not need it anymore.

The sixth sense is a very complex concept involving telepathy, distance communication, visions from the past, premonitions of the future, etc. It may also involve an exacerbation of the other senses.

For example, sixth sense can be identified with the ability to see the aura, to perceive the energy, hear the thoughts of other people, or feel the positive or negative energy, to smell at distance, and so on. It can also involve the ability of flying, astral traveling, teleportation or bi-location.

How Does It Work?

The sixth sense works at distance using the power of thought. Telepathy, dreams, visions, premonitions, these are all connected to the sixth sense. Physically unnoticeable, these visions were considered to be real by people who were strongly connected between them at a mental level.

A telepathic thought, a revelation or a premonition was taken very seriously in other times and considered as real as the physical world.

There is no way to cheat and no way to receive the gift of the sixth sense if we don’t deserve it. It is not on a physical level, but on a spiritual one. We might be able to cheat and lie physically, but our spirit and thoughts will always reveal the truth to the all-knowing conscience.

It works like a TV antenna that, if it’s shut off, all you get on the screen is a black and white speckled blur. It doe4sn’t matter that the TV stations are transmitting signals your TV can’t catch them until it is connected to an antenna.

Similarly, the invisible world and God’s presence is everywhere around us, but we do not perceive it until we begin to walk on the spiritual path which in turn turns on our sixth sense.

If you look at today’s technology you will soon realize that everything we have now as technology has a correspondent at the sixth sense level.

If we want to think of our memories and re-activate them in our mind, we may instead take a look to some old photos of certain periods and use them as a support for our memories. No need to re-activate our sixth sense responsible of memories.

If we want to fly we can take the plane, no need to force ourselves to dream about this and make an astral traveling.

And so on… However, the point is, as long as we keep creating comfort around us, this might lead to the involution of some adapting functions.

The more we “protect” ourselves, the more vulnerable we become. The more we are surrounding ourselves with comfort, the less we are using our senses.

Have An Out-of-body-experience: Ways To Induce Astral Projection

An Introduction to the Exciting Possibilities of Astral Travel