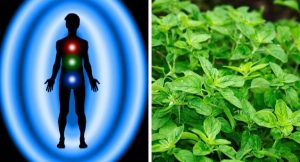 A few years ago, I made an acquaintance with someone new in town. We were working together, and when she first started she was a lovely, happy person, full of excitement about her new job and new life with her family. It wasn’t long, though, before things went downhill.

Her husband was diabetic and no matter how careful he was to control it, it just kept getting worse. Money problems seemed never-ending; one unfortunate surprise after another hit, and bills piled up. Her five year old daughter was developing behavioral problems. The woman began to suffer from fatigue and depression, and with each passing month she looked worse and worse, growing more and more worried, looking more and more defeated.

I visited her home for the first time and notice a small cup with pink and white cut flowers in them sitting on the table—yikes! She said they grew on bushes in the yard and her daughter liked to bring them in the house because they were so pretty.

I had to explain to her that the flowers were oleander, and that she needed to get rid of them. Not only are oleander highly poisonous and unsafe for a child to handle, but Italian folklore has held for centuries that bringing oleander into the house brought nothing but illness and misfortune.

Some might call it a coincidence—but shortly after she stopped bringing the flowers in the house and had the bushes trimmed down to the nub, her husband’s conditions improved. He was able to work overtime and work down their accumulated debt. The family became happier, the child gave her fewer problems and within just a few short weeks she was looking great and feeling optimistic about the future again.

A lot of people don’t think about the type of plants they bring into the home—they choose them because they’re pretty or easy to take care of. But plants have a way of drawing and repelling distinct energies that can really have an effect on the household.

Worst Plants and Flowers to Bring In Your Home

Blackthorn: legend has it that the crown of thorns placed on Christ’s head was made of blackthorns, and that the plant has been cursed ever since. Death is said to follow when this plant blossoms indoors.

Broom: this plant has long been used in folk magic for purification and cleansing, and hanging a bunch of cut broom from the rafters is a great way to spiritually cleanse the home. Don’t bring in the whole plant, though; not only is it toxic, but it draws bad luck.

Euphorbia: folklore associated with this plant says that if brought indoors can it strike the household systematically down with illnesses. It has very protective energies, particularly when a new baby is brought into the house. Cut stems and leaves may be brought in safely, however the plant should remain outdoors to grow and safeguard the house from bad luck.

Hydrangea: this plant is not so much dangerous if grown indoors, but can really put a damper on your love life. Unmarried maidens are said to remain unmarried if hydrangea is grown in the house.

Best Plants to Bring Into the Home

African Violet: Sacred to the Goddess Venus, this plant promotes spiritual vibrations and energies within the home.

Ferns: there is a reason they’re such popular houseplants. Ferns radiate with protective energies, they repel negative energies and evil spirits.

Jasmine: Growing jasmine indoor draws peaceful, loving energies. If grown in the bedroom, the scent of the blossoms are known to induce prophetic dreams.

Money Plant: the name says it all. This plant is said to bring prosperity to wherever it’s grown.

Pennyroyal: If there is arguing in the house, bring in a pennyroyal and it will bring harmony and peace. This plant is toxic, though, so be careful with pets or children.

Common Questions About Rebirth, Past Lives and Spirituality