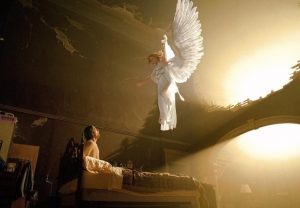 Hospice nurse Julie says dying people are often comforted by visions of their loved ones. This is reported by the Daily Star.

Julie says that many who are close to death see their loved ones.

Explaining this phenomenon in a TikTok video, Julie @hospicenursejulie says that this is indeed happening, and she is not trying to “embellish” near-death experiences at all.

Julie says, “We’re all going to die, so listen. This is one of my favorite death facts. The actual sign of death that we actually talk about in the hospice to all of our patients and families is what we call vision. It’s actually happening.”

“Usually a few weeks before death, a dying person begins to see dead relatives, loved ones, friends or pets. Physically see them.”

“Sometimes it happens in a dream, but usually it happens in real time. What people see usually makes them feel much more calm and safe from death.”

After such a statement, many began to write comments that something unimaginable was really happening.

One user said: When my grandfather was dying, he said: “My family is here” and I said: “yes, we are here” and he said: “No, not you guys.”

The second user shared: My mother struggled with death. I told her in her last days when you see grandma take her hand. She replied: “I already saw her and told her to leave!”

“I almost died in childbirth and saw my grandmother,” other woman wrote, “she stood in a rainbow field and said that she was there for my child. I survived, but my child didn’t.”

The big cosmic absolute truth is that nothing ever dies. Death is only an expansion of a much larger consciousness, many parapsychologists believe.