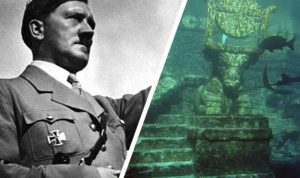 The story of Adolph Hitler’s journey into history to reveal the special destiny of Germany and the nobility of the German soul began with his quest to find the Holy Grail and Atlantis. He also hoped to recover the Ark of the Covenant, but the quest ended in the final defeat for Nazi Germany.

The Fuhrer developed an Aryan Master Race ideology from myth, legend and archaeology. Historical and ethnic fantasies burned in Hitler’s imagination in a hot fire stoked by Aryan fables of Atlantis and the literature and legends of the Holy Grail.

Steven Spielberg’s movie “Raiders of the Lost Ark” with Harrison Ford playing the part of an intrepid archaeologist, Indiana Jones, had more truth in it than most people realized.

Using history as a political tool, Hitler attempted to create an order based on the Holy Grail. He believed that the eternal life offered by the Grail was only for the pure blooded and the noble of the Aryan race.

His Brotherhood of the Knights of the Holy Grail would reign supreme in Germany forever. Hitler compared this aristocracy to that of King Arthur and the Knights of the Round Table. However this would be a German Camelot with Hitler replacing Arthur.

In order to build this revolution, he needed to promote German Nationalism, to convince the Germans that they were, indeed, destined for greatness. After the German disgrace due to the World War I defeat, the nation needed to be re-established and re-invigorated, to gain self confidence once again and throw off the chains of its shame.

The time was right in the late 1930s when the Nazis seized power, to look back at history and archaeology seeking clues to the greatness of Germany’s descent from the Aryan race.

Beginning with the defeat of the Roman Army and the disappearance of its Lost Legions, historians and archaeologists searched the Nordic mythology and legends for inspiration and material to feed the fantasy history and propaganda of a revitalized German nation.

As the Chief of the SS (Schutfzstaffel), Hitler’s personal body guards, and the head of the Gestapo, Himmler took charge of historical research, Himmler set up the elite Nazi Research Institute called the Ahnenerbe and set up Wewelsburg Castle to be the new Grail Castle as well as the center of the new Camelot and its research efforts.

One of the initial moves was to establish the ancestry of the German people and to lay the foundation that their Aryan ancestors were a chosen people with divine origins. The pseudo-historians claimed that the original homeland of the Aryan race was the mysterious island of Atlantis. 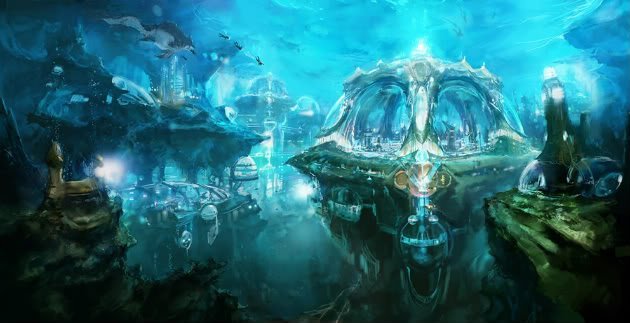 Here the mythical ancestors were the source of all art, science and knowledge. They were a strong, warrior race, descended from the gods themselves, who survived the Ice Age and continued to reside in Germany to the present day.

He promoted the idea of keeping the divine Aryan race bloodlines pure as a justification for the genocide of inferior groups of people such as the Jews.

As the legendary symbol of Aryan knighthood, the grail was the ancient prize most coveted by Hitler. He believed that it would confer immortality on all those of pure blood and nobility of the Aryan bloodline–the Brotherhood of the Knights of the Holy Grail.

According to Himmler’s research, the Christians had stolen many of their traditions and symbology from the ancient Nordic Teutonic pagan religion, and this essential artifact must be restored to its proper place in Germany.

Himmler asssigned Otto Rahn, an expert on the Holy Grail to search for the object. He traveled through Europe and the Middle East on his quest, investigating sites in Iran and Cathar castles in the Pyranees, but by the war’s end, he never had any success.

The Ark of the Covenant

The artifact was built about 3000 years ago by the Israelites to store the stone tablets on which the Ten Commandments were written. It was fitted with handles for transportation, gilded with gold and two large golden cherubim guarded it on its top surface.

The Israelites took it on all their expeditions and even into battle as a token of their religion until sometime between 597 and 586 BCE, when it vanished from history when the Babylonians conquered them. Its fate is unknown. Today it is said to reside in a chapel in Axum, Ethiopia. 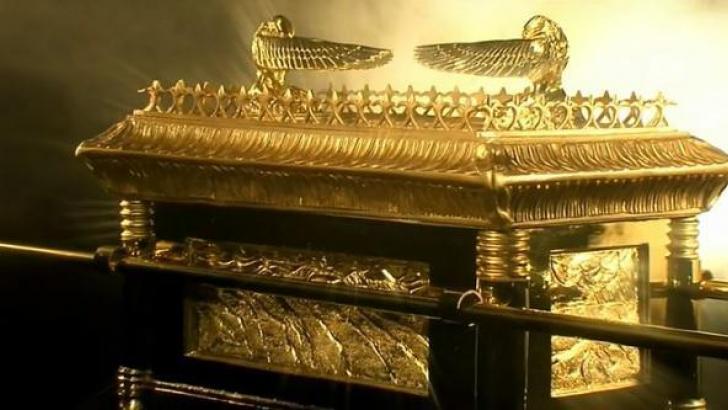 The Ark was reputed to have strange powers. Possibly of UFO or alien origin, it might have been a battery or a radio. Supposedly, as shown in “Raiders of the Lost Ark,” it could instantly vaporize those who looked at it or touched it. Some stories reported that the Israelite god communicated and spoke with the priests through it.

Hitler and his minions apparently thought that if they could harvest its powers, they would instantly have the master tool for world domination. However, there is no known record that the Nazis made a concerted effort to locate and recover the artifact, no matter how badly Hitler wanted to seize it.