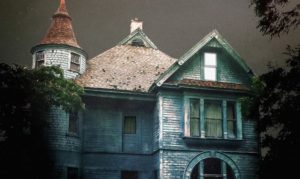 Unlike their homes, it wasn’t lush inside, according to his housekeeper, Huldy Craddock. The third floor had a gallery, with windows that overlooked the Atlantic Ocean, presenting an impressive view of the sea.

The ill-tempered, rich sea captain, who had accumulated wealth in the China Sea trade, yearned for a wife to be a companion. He was often away from Wedderburn House for months at a time, so didn’t have the time to court a local woman.

One day, Wedderburn arrived home with a new wife, Doña Mercedes, a young Spanish daughter of a wealthy family, from Barbados. She was a petite, delicate woman who dressed in black, wore a high tortoise shell comb and a black lace mantilla.

Things went well until the captain set sail again, leaving his bride, who spoke no English home, with only Huldy for company. She was a virtual prisoner.

Huldy found her crying, very distressed, looking out the window and wanting to go home. All day, Mercedes walked back and forth, weeping and pointing to the sea.

The housekeeper tried to get the sad young lady to go to town with her to buy food and she tried to teach her English, but Mercedes became a recluse and sometimes, she ate nothing all day.

When the captain finally came home, Huldy was ill with a stomach ailment and couldn’t work. Her sister offered to find a new servant, but he said it wasn’t necessary. He said he was going to take his bride to Barbados to visit her family. 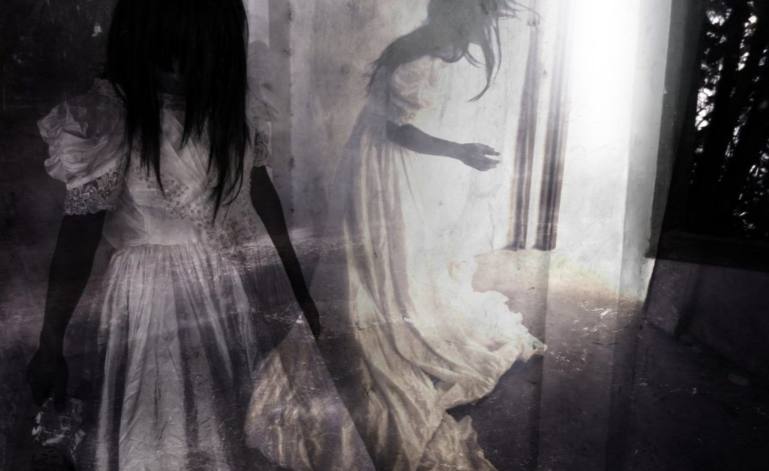 Two years later, Wedderburn returned home without his wife and told people that she wanted to stay with her family longer. He died at sea during his next voyage. Shortly afterward, the townspeople began to question Mercedes’ fate because some reported seeing her ghost.

Subsequent owners of the sea captain’s home, during the late 1800s and early 1900s, reported seeing a spectral young Spanish woman pacing and weeping in the halls.

Some years after Captain Wedderburn’s death, the house was sold to an attorney, who moved in with his wife and three children. The Squires family moved into the home with their three children.

They had been there a month when, one afternoon, their five-year-old daughter came running downstairs, screaming that she had seen a lady in a black lace dress walking in the upstairs hall with all the windows. The lady, she insisted, had been looking out toward the sea and crying as if her heart would break.

Later all three siblings said they saw a sad lady, dressed in black, wearing a comb and a veil covering her face, crying by the third floor windows, looking at the sea.

After the attorney’s family left the house, it was sold to several families in succession. More than one of these families reported having seen a small woman clad all in black, pacing and crying in an upper hallway, occasionally stopping to look out the windows to sea. Whenever she was approached, she vanished.

In 1925, a nonprofit organization bought the building to use it as a summer camp for indigent children. Major repairs were needed because of its deteriorated condition. While workmen were renovating the house, they decided that the fireplace in the library needed to be restored.

When they pried the fireplace floor stone up with the crowbar, they found a crude wooden coffin beneath it. The men opened the coffin and discovered the skeletal remains of Doña Mercedes with her mantilla wrapped her and tortoiseshell comb on top of her skull.

One tradition holds that Captain Wedderburn killed his wife before leaving on that voyage purportedly taking her to visit family.

Another, that, far from being pleased by Wedderburn’s marriage, Huldy Craddock was enraged by it, and–big strong girl that she was–killed Mercedes Wedderburn and buried her under the library’s hearthstone, telling the captain upon his return that his wife had run off with a handsome Spaniard who showed up at the house one day.

Is Doña Mercedes’ ghost an apparition who has intelligence or a residual haunting without it? It’s said that the specter appears to point at the sea as if she wants her body to be re-interred in Barbados, her native home, which suggests intelligence.

She didn’t speak or understand English. Perhaps, her ghost is energy imprinted on time and space and appears to repeatedly perform the acts she did in life. She was killed, a trauma that results in residual hauntings and apparitions who have appeared to bring their killer to justice.

In any case, there seem to be no reports after 1925 of the little Spanish lady’s appearance at Wedderburn House.