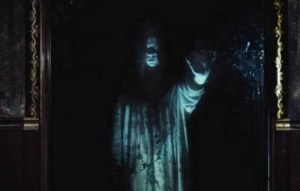 Mary Gallagher was murdered on June 27, 1879 by her friend and fellow prostitute Susan Kennedy.

In the years that followed the heinous murder, stories of Mary Gallagher’s ghost began to circulate around Griffintown, Quebec. By the end of the 19th Century Mary had become something of a local legend.

The story of Mary Gallagher’s ghost began when Mary and Susan Kennedy went out for a night of drinking. While at a tavern the drunken Mary picked up a young man named Michael Flanagan.

The three left the tavern and went to Kennedy’s home where the drinking continued for hours. At some point in time, before midnight, the young Flanagan passed out. Then at about 12:15 AM the neighbor that lived below Kennedy said she heard loud sounds coming from above which lasted several minutes.

She would describe the noise as “chopping sounds.” As it turned out the description was horribly accurate.

Not much if anything is known about what was going on between Mary and Susan. The two were known to be good friends and often seen in each others company. One idea is that over time, Susan became jealous of Mary because of Her apparent ease in picking up men as well as the money she made from prostitution.

Whatever the reason or cause was, something sent Susan Kennedy into a homicidal rage and she murdered Mary by chopping off her head. Susan Kennedy as well as the passed out Flanagan, were both charged with the Gallagher killing.

As police continued to investigate the case however, all charges against Michael Flanagan were dropped and Kennedy faced the murder charge alone. Kennedy was found guilty of the killing on December 5, 1879, and sentenced to be hanged.

Following a re-sentencing, Susan Kennedy was sent to prison where she served 16 years for her crime before being released. Interestingly, on the same day that Kennedy was convicted of murder, Michael Flanagan fell while working and drown in Wellington Basin.

By the turn of the century the headless ghost of Mary Gallagher had been seen several times. Soon the legend began to develop that Mary appeared every seven years, on the anniversary of her death, near the old police station where Susan Kennedy and Michael Flanagan were taken following their arrests.

The location of Mary’s appearance may have to do with the fact that the location of the murder, 242 William Street, was demolished when the area was re-zoned and developed.

If your thinking about a trip the see the Ghost of Mary Gallagher it may be too late. After making her once every seven years appearance many times, reports of Mary’s ghost stopped after 1928.

Perhaps Mary’s headless ghost is gone for good, but if you’re in the area and want to take a look for yourself Mary’s next scheduled visit is June 27, 2026.

“Is anyone there?”: My Haunted House Story