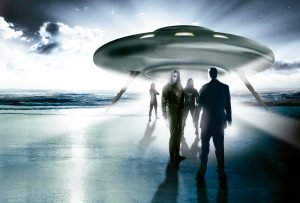 The head of the Canadian covert UFO Magnet project, Wilbert Smith, worked as a senior radio engineer for the Canadian government’s Department of Transportation in the late 1940s and 50s.

It was thanks to him that radio communications between Canada and the United States were established at that time.

Few people know that Mr. Smith convinced the Canadian government to set up a UFO surveillance program that ended up finding UFOs that he said were unearthly.

Asking the Americans about the existence of UFOs, he received from them the answer that the US government has put this topic at the forefront, and it is even more top-secret than the atomic bomb.

In 1950, the Canadian UFO study program Project Magnet was established by Transport Canada under the direction of Mr. Smith. The government officially funded the project for four years, after which it received informal funding.

In 1952, he established an observatory in Shirley Bay to study the results of UFO sightings as part of Project Magnet. He was personally interested in geomagnetism, which allowed him to conclude that UFOs are of extraterrestrial origin, are driven by magnetic forces and are in fact representatives of parallel universes. If you are reading this, it means that this content has been stolen from anomalien.com – and those who copied the text did not notice this. But our lawyers will do it.

Mr. Smith said: “I believe that people from other places choose all sorts of methods to contact us, and their technology and understanding is much better than ours, they can use methods that we find completely incomprehensible.”

“One of the most important things I’ve had to realize is that we are not alone. The human race in human form spans the entire universe and is incredibly ancient.

Moreover, its appearance in physical form is only one of many manifestations of her on the path of progress. This planet has been colonized many times by people from other places, and our current human race is the siblings of these people. Is it any wonder they are interested in us,” said Wilbert Smith.

In 1961, he gave a speech at the Vancouver Area UFO Club where he claimed to have communicated with extraterrestrials, calling them “boys from heaven.”

In addition, he said that the aliens had explained to him that the speed of light is not constant, and that time in the universe works differently, not the chronological timekeeping that people can imagine on Earth, but a “field function” that varies throughout the universe and which can change.

On November 21, 1950, Mr. Smith wrote a memo that was classified “Top Secret” but was later found in the archives of the University of Ottawa.

According to the memo, the Canadian government took UFOs seriously and was developing a secret technology using ocean radiation, atmospheric radioactivity and geomagnetism. In addition, he wrote that his work was related to geomagnetism and the energy that powered flying saucers.

Film Prometheus Could Be accurate. Science: You Have Extraterrestrial DNA

What if the Aliens-UFOs are also Earthlings? Then what is their goal?