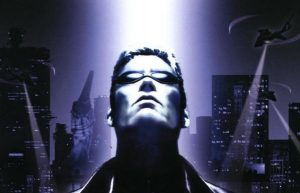 Deep in the basement of a dusty old library in Edinburgh lies a small black box that churns out random numbers. At first glance the box looks profoundly dull, but it is, in fact, the ‘eye’ of a machine that appears capable of peering into the future.

The machine apparently sensed the September 11th attacks on the World Trade Centre four hours before they happened, and appeared to forewarn of the Asian Tsunami.

“It’s Earth shattering stuff,” says Dr Roger Nelson, Emeritus researcher at Princeton University in the USA. “But unfortunately we don’t have a box for predicting the future that we can sell to the CIA. We’re very early on in the process of trying to figure out what’s going on here. At the moment we’re stabbing in the dark.”

Dr Nelson’s Global Consciousness Project – originally hosted by Princeton University – is one of the most extraordinary experiments of all time. It aims to ‘sense’ whether all of humanity shares a single unconscious mind that we all tap into without realising it. Some might refer to it as the mind of God. But the machine has also thrown up another tantalising possibility: that scientists may have unwittingly discovered a way of predicting the future.

Although many would consider the project’s aims to be little more than fools’ gold, it has still attracted a roster of 75 respected scientists from 41 different nations. Researchers from Princeton – where Einstein spent much of his career – work alongside scientists from universities in Britain, Holland, Switzerland and Germany. The project is also the most rigorous and longest running investigation ever into the paranormal.

“Very often paranormal phenomena evaporate if you study them for long enough,” says physicist Dick Bierman of the University of Amsterdam. “But this is not happening with the Global Consciousness Project. The effect is real. The only dispute is about what it means.”

The project has its roots in the extraordinary work of Professor Robert Jahn of Princeton University during the late 1970s. Professor Jahn was one of the first modern scientists to take paranormal phenomena seriously. Intrigued by such things as telepathy, telekinesis and ESP, he was determined to study the phenomena using the most up to date technology available.

One of these new technologies was a humble looking black box known was a Random Event Generator. This used sophisticated technology to generate two numbers – a one and a zero – in a totally random sequence, rather like an electronic coin-flipper. The pattern of ones and noughts – ‘heads’ and ‘tails’ as it were – can then be printed out as a graph. Pure chance dictates that the generators should churn out equal numbers of ones and zeros which produces a more or less flat line on a graph. Any deviation from this shows up as a gently rising curve.

During the late 1970s, Professor Jahn hauled strangers off the street and asked them to concentrate their minds on a number generator. In effect, he was asking them to try to make it flip more heads than tails. It was a preposterous idea at the time, and to many it still is.

The results, however, were stunning and have never been satisfactorily explained. Again and again, entirely ordinary people proved that their minds could influence the machines and produce significant fluctuations on the graph. According to all of the known laws of science, this should not have happened – but it did. And it kept on happening.

Dr Roger Nelson, also working at Princeton University, then extended Professor Jahn’s work by taking the machines to group meditations, which were very popular in America at the time. Again, the results were shocking. The meditators somehow caused dramatic shifts in the numbers.

From then on, Dr Nelson was hooked. Using the Internet, he connected up 40 random event generators from all over the world to his laboratory computer in Princeton. These ran day in day out, generating millions of different pieces of data. Most of the time, the resulting graph on his computer looked more or less like a flat line. But during the funeral of Princess Diana something extraordinary happened: the graph shot upwards and reached for the sky. It was clear that they’d detected a totally new phenomena. The concentrated mental effort of millions of people appeared to be influencing the output of random event generators around the world. But how? Dr Nelson was still at a loss to explain it.

In 1998 he gathered together scientists from all over the world to try and understand the phenomena. They, too, were stumped and resolved to extend and deepen Jahn and Nelson’s work. The Global Consciousness Project was born.

Since then, the project has expanded massively. A total of 65 Eggs (as the generators have been named) in 41 countries have now been recruited to act as the ‘eyes’ of the project. And the results have been startling and inexplicable in equal measure. The Eggs not only ‘sensed’ the moment that Princess Diana was buried, but also the NATO bombing of Yugoslavia, the Kursk tragedy and America’s hung election of 2000. The Eggs also regularly detect huge global celebrations such as New Year’s Eve. Even more bizarrely, they sense the celebrations as they sweep through the Earth’s different time zones.

The project threw up its greatest enigma on September 11th 2001. As the world stood still and watched the horror of the terrorist attacks unfold across New York, something strange was happening to the Eggs. Not only did they register the event as it happened, but the characteristic shift in the pattern of numbers began four hours before the two planes hit the Twin Towers.

“I knew then that we had a great deal of work ahead of us,” says Dr Nelson.

The same happened with the Asian Tsunami. Twenty four hours before the tragedy unfolded, the characteristic shift in the pattern of numbers began. Curiously, it was at around this time that animals in the path of the tsunami began fleeing for their lives. Very few animals were killed in the tragedy, as you may remember, leading some to ask whether they had somehow foreseen the disaster.

So does the Global Consciousness Project really forecast the future? After all, cynics will quite rightly say that if you look at enough data then you will find correlations with something. After all, our world is full of wars, disasters and terrorist outrages, as well as the occasional global celebration.

The team behind the project say that they’ve thought of this. Using rigorous scientific techniques and powerful mathematics it is possible to exclude these chance connections. And they believe they have done so.

“Good scientists will ask what mistakes we’ve made,” says Dr Nelson. “We’re perfectly willing to discover that we’ve made mistakes. But we haven’t been able to find any, and neither has anyone else.

“Our data shows clearly that the chances of getting these results by chance are one million to one against. That’s hugely significant.”

The Global Consciousness Project may have generated an incredible amount of compelling evidence, and garnered the support of eminent scientists, but many remain sceptical.

Professor Chris French, a psychologist and noted sceptic at Goldsmiths College in London, says: “The project has generated some very intriguing results that cannot be readily dismissed. I’m involved in similar work to see if we get the same results. We haven’t managed to do so yet but it’s only an early experiment. The jury’s still out.”

Strange as it may seem, there’s nothing in the laws of physics that precludes the possibility of foreseeing the future. Time may not just move forwards – but backwards too. And if time ebbs and flows like the tides in the sea, it might just be possible to foretell the future.

“There’s plenty of evidence that time may run backwards,” says Professor Dick Bierman, a physicist at the University of Amsterdam. “And if it’s possible for it to happen in physics then it can happen inside our heads too.”

As a consequence says Professor Bierman, forecasting the future may not just be possible – it’s something we do routinely without even realising it.

Dr John Hartwell, working at the University of Utrecht in the Netherlands, was the first to uncover evidence that people could sense the future. In the mid 1970s he hooked people up to hospital EEG machines so that he could study their brainwave patterns. When these people were shown emotionally charged cartoons, characteristic patterns flickered through their brainwaves. Strangely, these patterns began to emerge a few seconds before they actually saw the pictures.

But it was to be another 15 years before anyone else took this work further. Dean Radin, working in America, connected people up to a machine that measured their skin’s resistance to electricity. This is known to fluctuate in tandem with our moods, indeed, it’s this principle that underlies many lie detectors. Radin repeated Dr Hall’s work whilst measuring skin resistance. Again, people began reacting a few seconds before they were shown the pictures. This was clearly impossible, or so he thought, so he kept on repeating the experiments and getting the same results.

“I didn’t believe it,” says Professor Bierman. “So I repeated the experiment myself and got the same results. I was shocked. After this I started to think more deeply about the nature of time.”

What is remarkable is that the patients began reacting 1-2 seconds before they saw the images. This is clearly impossible, or so we’re taught to believe. And yet it happened time and time again.

Obviously sceptics would love to demolish Bierman’s work but have so far failed to do so. Nor is his research a one off that can be casually dismissed. To make matters even more intriguing, Bierman says that other mainstream labs have produced similar results but they are too frightened to go public.

“They don’t want to be ridiculed so they won’t release their findings, says Professor Bierman. “So I’m trying to persuade all of them to release their results together. That would at least spread the ridicule a little more thinly!” jokes the Professor.

If Bierman is right, then sensing the future may help explain such things as deja vu, intuition and a host of other paranormal phenomena. It may also open up a far more interesting possibility – enhancing psychic powers using machines. Just as we have built machines to replace muscle power, may we one day build a device to enhance psychic abilities?

Dr Nelson is optimistic – but not for the short term: “We may be able to predict that something is going to happen. But we won’t know exactly what will happen or where it’s going to happen,” he says.

But for Dr Nelson, talk of psychic machines is of far less importance than the implications of his work for ordinary people. We may all be individuals, he says, but we are also part of something far, far greater.

“We’re taught to be individualistic monsters,” he says. “We’re driven by society to separate ourselves from each other. That’s not right. We may be connected together far more intimately than we realise.”

Chakras – When You Want Them Open And When Closed