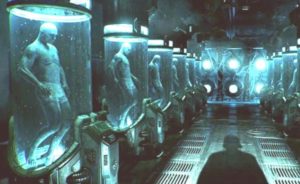 On the Internet, more and more information began to break through that there have long been clones of people in the world who live quietly next to us – and we, of course, simply do not notice them.

Not so long ago, a video appeared on Youtube (see the first part below) with the performance of hip-hop star Lil Buu, where this famous singer admits that he is in fact a cloned person created by the Canadian company Clonaid.

Moreover, the clone, supposedly of the second generation, very convincingly talks about all this.

All procedures for cloning Lil Buu took place in Canada, according to the Clonaid system, he was assigned a certain number.

All his memories of life in a real body, given to him by Mother Nature, were erased at the initiative of specialists, so that the past would not conflict with the present.

At the same time, the singer assures that the client himself chooses what to erase and what to leave in memory, although, the company’s psychologists also take an active part in this process.

All this seems to be sheer nonsense however, the Canadian company Clonaid is far from fiction and it really exists.

Clonaid is a Canadian-based human cloning organization, registered as a company in the Bahamas. Founded in 1997, it has philosophical ties with the UFO religion Raëlism, which sees cloning as the first step in achieving immortality.

On December 27, 2002, Clonaid’s chief executive, Brigitte Boisselier, claimed that a baby clone, named Eve, was born. Media coverage of the claim sparked serious criticism and ethical debate that lasted more than a year.

Moreover, as meticulous journalists assure, the influx of customers here is so high that the company’s management recently opened a branch of Stemaid.

Here is what the head of the firm, Dr. Brigitte Boisselier, says:

“We adhere to a policy of the strictest confidentiality, so there are all sorts of rumors about our company, even fantastic ones, but we have no right to disclose what kind of work we do with our clients. They can be one hundred percent sure that data about them will not leak ANYWHERE, especially in the press, even if Clonaid itself suffers big losses from this confidentiality.”

However, let us clarify that all this information about human cloning is not verified and officially not confirmed by anyone. Believe it or not – the choice is yours.

For our part, we publish it only because over time such fantastic assumptions very often become true. And this is not surprising in our society, where the hottest information (especially concerning the latest scientific developments) is invariably hidden from the general public.