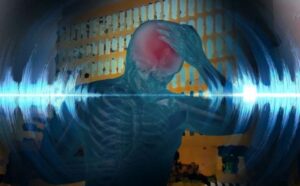 Austrian authorities said they are investigating reports that US diplomats in Vienna have experienced symptoms of a mystery illness known as Havana Syndrome, reports msn.com.

“We take these reports very seriously and, according to our role as the host state, are working with the US authorities on a joint solution,” the Federal Ministry of European and International Affairs said Sunday.

“The security of diplomats dispatched to Austria and their families is of utmost priority for us,” the ministry added.

A US State Department spokesperson said Saturday: “In coordination with our partners across the US Government, we are vigorously investigating reports of possible unexplained health incidents among the US Embassy Vienna community or wherever they are reported.”

Havana syndrome is a set of medical signs and symptoms reported by United States and Canadian embassy staff in Cuba dating back to late 2016 as well as subsequently in some other countries, including the United States.

The health problems typically had a sudden onset: the victim would suddenly begin hearing strange grating noises that they perceived as coming from a specific direction. Some of them experienced it as a pressure or a vibration; or as a sensation comparable to driving a car with the window partly rolled down. The duration of these noises ranged from 20 seconds to 30 minutes.

Some reported being able to “step in” and “step out” of these sensations by physically moving their bodies elsewhere. Some have been diagnosed with traumatic brain injuries and continue to suffer from debilitating headaches and other health issues years later.

Since the incidents began in late 2016 in Cuba, US federal investigators have struggled to determine what — or who — is causing the mysterious symptoms.