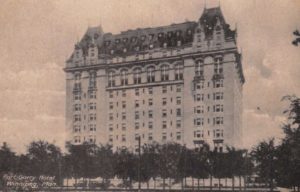 Grand Trunk Pacific Railway built the Fort Garry Hotel in 1913 as luxury accommodation for its train passengers. The name came from Upper Fort Garry, which was next door to the hotel.

Like the Canadian Pacific Hotels built across Canada, the Fort Garry Hotel was built in the chateau style of architecture with steep roofs, turrets and lavish ornamentation.

History of the Fort Garry Hotel

The architects, Ross and MacFarlane of Montreal, used the Chateau Laurier in Ottawa as the model for Fort Garry. This 12-story hotel has 340 guest rooms, each with a private bathroom.

On the main floor of the hotel, there was the Musician’s Gallery, which was situated between the Main Dining Room and the Palm Room. It was placed at a distance from both rooms in order to provide background music for guests.

The Crystal Ballroom and the Concert Hall were on the seventh floor joined by a gallery. In the 1990s, these halls were turned into a casino but in the early 2000s, the hotel removed the casino and restored these rooms back to their original purpose of dining, music and dancing.

In the early days, the Fort Garry Hotel was self-sufficient. It had a bakery, butcher shop, heating plant, artesian well and printing press. In addition, the chambermaids lived in the hotel on the top floor.

Ghosts of the Fort Garry Hotel

Many guests have seen figures of ghosts at the foot of the bed. Sometimes it’s a man and other times, it’s a woman dressed in a ball gown representative of the hotel’s early years.

The Fort Garry Hotel is infamous for its haunted Room 202. A woman apparently committed suicide in the room many years ago after hearing of the death of her husband in a car accident. Overcome with grief, she hung herself in the closet.

Guests have seen a woman dressed in a cloak or robe hovering at the end of the bed. Hotel maids have claimed to see blood seeping through the walls of the room.

A woman politician attended a retreat at the Fort Garry Hotel and requested to stay in room 202 because she had heard about the room being haunted. During the night, she felt someone getting into bed beside her. 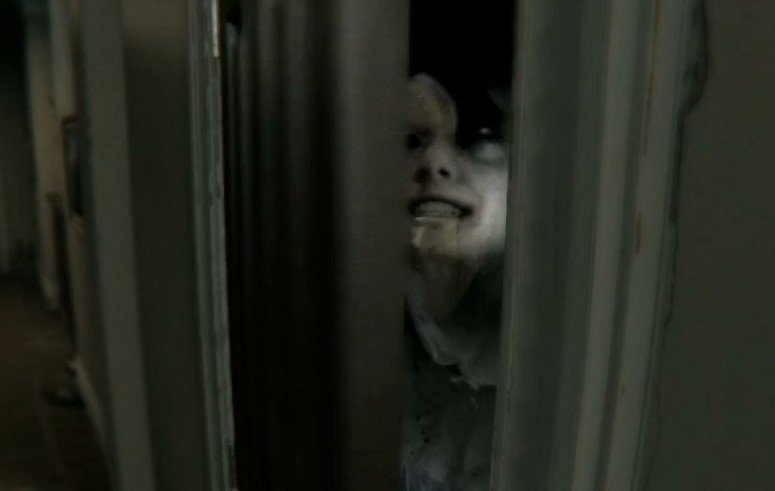 The ghost of the same women has been seen crying in the corner of the hotel lounge after asking an employee for a glass of water.

There is an account of two employees who had a ghostly encounter in 1989. They were in the main kitchen doing their overnight cleanup. One worker had gone up the back stairway at 4:00am and heard sounds from the locked dining room.

On one particular occasion in 1989, a hotel employee was cleaning the kitchen overnight. He had gone up the back stairway around 4 am when he heard strange sounds coming from the locked dining room.

He immediately went to get the key and upon opening the door he witnessed what looked like the figure of a man sitting at a table! He quickly ran to get another member of staff to show them what he had seen, however, when they returned to the dining room, the figure had disappeared even though the dining room door remained locked.

Like many historic hotels, there are spirits of guests who choose to stay due to grieving for a loved one or wanting to remain in a place where they had a happy experience.

If you are searching for haunted places to go, and will be in the area of Canada, you should check out the Fort Garry Hotel. You are sure to get a taste of the haunted history for yourself!