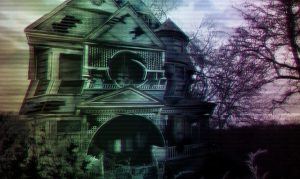 Dubai “There’s something that lives in our house, and it isn’t human,” says Karl, a resident of an old villa in Jumeirah.

Located deep in the heart of Jumeirah 1, this seven-bedroom hotspot of paranormal activity is home to a group of Filipinos who claim to have experienced visitations for over a year now, reports gulfnews.com.

Most unusual, perhaps, is Lora’s encounters with a male “spirit”.

Lora’s spooky story began in November last year when she was awakened at 3am. “I felt an intense pressure all over my body, as though there was a person sleeping on top of me. I tried to sit up, but couldn’t move anything besides my fingers and toes. On the curtains I could see a dark shadow atop me,” she says.

“A few nights later, I could hear a man moaning from my roommate Mary’s bed. At first, I thought her husband was back from the Philippines, but a quick peak revealed Mary was fast asleep with that mysterious shadow on top of her reflecting on the wall.”

Understandably, both Lora and Mary, having discussed the events of the night, were afraid to sleep alone in their beds, instead choosing to huddle together on the floor. On one of those nights, Mary had another visitation.

“I was fast asleep when I felt something at my foot. I looked down to see my sock peeling itself off. I woke up the other girls and we all saw it happen: Not just once or twice, but eight times over the course of the night.”

Her husband Karl has an equally eerie story to tell. “Three months ago I was home alone and my bed started shaking incessantly. I looked around thinking I was in the middle of an earthquake, except that nothing else was moving apart from my bed. Sometimes, I hear voices trying to whisper in my ear.”

His flatmate Phillip, a 30-year-old secretary, says he has visitations from the “ghost at least once a week. Normally, it just draws open my curtains every time I close them, but one time I was in the shower and it locked me in for two hours. My flatmates had to eventually break the lock to get me out.”

Louise, a Filipino teacher who lives in one of the ground floor bedrooms, says she’s afraid to enter her own kitchen alone because she feels “a strong presence in the kitchen and the adjoining toilet. Often, the kitchen becomes exceedingly cold, or the bathroom door slams open and shuts, the flush goes off mysteriously… It’s not a part of the house I like coming to.”

Nora, the eldest occupant of the house, says she was once a medium and as such is trying to make contact with whatever it is that is in their house. So far, she hasn’t had any luck. Her flatmate Karl says that while the days are usually quiet, most of the paranormal activity happens at night.

“These aren’t dangerous ghosts, but they like to play around,” says Karl. “For example, no matter how often we change the light bulbs in our room, they don’t last beyond two weeks. Whoever it is that’s living in our room obviously likes the dark.”

HAARP hit an asteroid with radio waves: Preparation against Apophis?