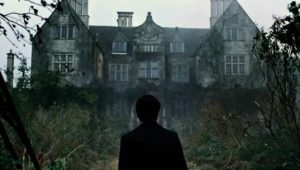 This happened two summers ago at a beach house on a small island in Florida.

It belongs to my brother who rents it out mostly. Because it is a very large house we have the family get togethers there. My parents, My wife and two kids, and my two brothers wives and children also. Like I said, it’s a big house.

Anyway, the first time I was able to make it down there, My wife and kids were already there along with my folks. When I arrived my younger brother, who lives in the area, was there with his wife and daughter, We stayed up until about midnight or so talking and catching up in anticipation of my older bro who lives in Europe. The house belongs to him. Now I’ll tell you right now that I did split a bottle of wine with my brother, and believe me I wish I could blame that awful night on the wine.

Anyway, I went to bed around midnight and instead of sleeping in the same room with my wife I slept in my brothers room which is directly over the garage. He wasn’t arriving until the morning and I usually don’t sleep with my wife anyway as I snore pretty badly. I don’t know what time it was because there was no clock in the room but some time during the night while in a light sleep I felt someone or something pulling and playing with my hair.

I was sure someone was pestering me, and I remember I was getting mad when all of a sudden I was pushed half out of the bed!! My waist was still on the bed but I awoke with my face and hands on the floor. I decided I just had a bad dream and got up to go to the bathroom. When I came back to the room I had the absolute strangest feeling like something was terribly evil in the room. I can not really describe it but I was beginning to realize that I was really thrown out of bed!! Just then the whole Damn bed rose off the floor!! I was floating on the bed with this horrible feeling of doom and evil in the room.

There was this awful female voice laughing and playing with my hair and slapping the top of my head. And the right front corner of the bed slammed on the floor. Then another corner would thud onto the wooden floor only to lift back up into the air. I was completely paralyzed with fear.

Then each corner of the bed would rock and hit the floor with a solid thud While the bed was elevated about a foot off the ground. I mean I was scared to death. I began to pray to Jesus to help me and as soon as I did i got this clear voice “Don’t be afraid”. I said, “make them stop!” The response was chilling “There is only one and it is not female” At that point, I remember a strange feeling of reassurance.

My heart was pounding almost =out of my chest and I remember being told to calm down. I was told basically that it is no big deal_moving the bed that is- and I could move the bed any way i wanted to. Even encouraged to as a way to calm me down perhaps. I did a 1 o’clock, 2 o’clock etc… and every order I thought about moving that bed I could do raise lower it you name it.

The Other entity, the good one told me not to worry that I and my family would be protected. I said a prayer of thanks and believe it or not fell into a wonderful sleep.

The next morning I was fishing around everybody to see if they heard anything, or if they heard an earthquake last night or anything. Something. Nobody heard anything. I couldn’t believe it. I decided not to bring it up. I honestly just wanted to forget about it. About three days went by and my older brother who owns the place started telling me about what a great deal he got on the place because the previous owner committed suicide…. right there in the garage below where I slept.

When I told him my story, he confessed that many a renter had complained of the visitors that they had. Furthermore, when his wife first saw the place she called it the “haunted” place just because it was so huge… she was unaware of the history of the place at the time.

She still has not heard of my story, or any of the others either. For some reason, only myself my wife who did not believe my story until she heard the ghost late one night and my sister-in-law (and guest) have experienced this Thing.

My brother who privately admits that he believes me has never experienced anything neither has his wife or kids. But he did tell me if his wife ever finds out that it is haunted she would make him sell it. Oh, and by the way, it is still available to rent so keep that in mind if you are ever looking for a place to stay in Florida.

Near Death Experience and Black Figure