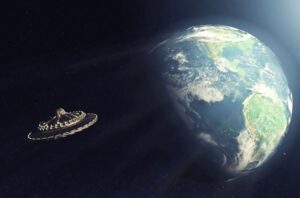 A scientist from Harvard University announced the launch of the Galileo project. Its mission is to search for alien objects in the solar system, Science reports.

The participants in the project, funded by charitable funds, intend to investigate satellites, near-Earth objects, interstellar bodies of natural or artificial origin, and, possibly, UFOs.

They will use both existing and planned telescopes. One of them: the Vera Rubin Observatory, which is planned to be launched in 2023.

Constant observation will allow early identification of unusual objects. Accordingly, astronomers will have more time to study them.

So, the interstellar asteroid Oumuamua was studied for only two months. Later, it left the field of view of the telescopes.

The initiator of the Galileo project, theoretical astrophysicist Avi Loeb, believes that the asteroid was an alien ship. The scientific community was skeptical about his findings, but noted that the solar system monitoring project itself would be useful.

At the moment, it is known about two interstellar objects that flew past the Sun: this is the asteroid Oumuamua and the comet Borisov. Scientists hope that in the future they will be able to discover new bodies from outer space and obtain unique material for scientific analyzes.

The Galileo project also plans to search for alien artifacts in the immediate vicinity of Earth. Earlier, the director of US National Intelligence said that the military and intelligence had reported 144 UFO sightings.

The Galileo Project supports the search for not just extraterrestrial life itself, but for evidence of advanced civilizations that could leave behind clues through the technology they have created — breadcrumbs known as technosignatures.

“Given the recently discovered abundance of habitable-zone exoplanets, with potential for extraterrestrial life, the Galileo Project is dedicated to the proposition that humans can no longer ignore the possible existence of ETCs,” Loeb said in the statement.

“Science should not reject potential extraterrestrial explanations because of social stigma or cultural preferences that are not conducive to the scientific method of unbiased, empirical inquiry. We now must ‘dare to look through new telescopes’, both literally and figuratively.”

The project participants intend to obtain high-quality images of flying objects in order to establish their nature. The third goal of the project is to search for extraterrestrial satellites in Earth orbit using artificial intelligence methods to process data from existing survey telescopes.