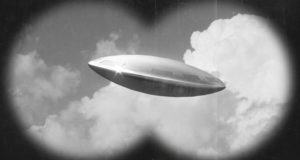 Harvard professor Avi Loeb has been talking for a long time about the need to take seriously the study of the question of the existence of life on other planets. With astonishing diligence, he often even admonished his colleagues to take UFO research more responsibly.

Now the scientist says that he is going to assemble a device to provide “images of UFOs in good quality.” He hopes to get such images within the next few years.

“I really want to be able to easily talk about this topic in the future,” Loeb told. “Perhaps by getting a good quality photo of something amazing or finding evidence of it, we will achieve our goal.”

Last year, journalists spoke with Loeb about his work on alien life. In it, the scientist said that a space object flying through the solar system a few years ago could turn out to be a ship of extraterrestrial civilizations, and not an ordinary fragment of alien rock.

Then Loeb said that most scientists treat the study of alien life with disdain and often refute any conclusions of colleagues who believe in the existence of UFOs.

Now Loeb has led the Galileo mission, which aims to create a network of powerful telescopes. They will be sent to monitor the sky in the hope of finding clear evidence of extraterrestrial life.

According to the Guardian, this year Harvard College will receive the first device of the researcher, equipped with everything necessary to search for extraterrestrial life.

Loeb says getting compelling UFO evidence, including a high-resolution image he hopes to make within the next two years, will attract younger scientists who are now being deterred from this research by an older and more cynical scientific audience.

If he manages to find such clear evidence, perhaps scientists will finally have to take UFO research more seriously.

A meteorite impact destroyed a house in California