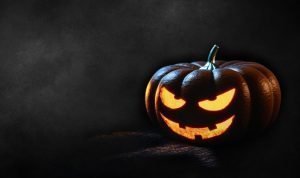 Every year on October 31st, millions of people celebrate Halloween, a holiday that emerged in the mid-1700s and was originally known as “All Hallows’ Evening.”

Etymologists state that the word “Halloween” was derived from the Scottish phrase “Hallowed (or Holy) Evening”, but it eventually became shortened to “Hallowe’en”, and then finally “Halloween.”

Although this holiday is now commonly associated with costumes and sweet treats, it has a rich and fascinating history that involves both Christian and pagan influences.

Several scholars and historians have debated the exact origins of Halloween, but the earliest research indicates that it may have been linked to an ancient Celtic festival known as Samhain (pronounced “sow-win” or “sah-win”), a word that means “summer’s end”.

It is generally believed that Samhain was celebrated as a way to commemorate the end of the harvest season, as well as the beginning of winter. The ancient Celts believed that this transition of seasons brought with it a level of access to the world of the dead that does not exist during any other time of the year.

One sect of Celtic pagans known as the Druids believed that Samhain was the one day of the year where the spirits of the dead from the previous year would roam the earth, looking to possess the bodies of the living.

Celtic villagers would dress in a variety of costumes resembling ghosts, goblins and witches, believing that if they already displayed the appearance of an evil spirit, they could avoid being possessed by one.

The Druids would also hold “fire festivals”, where people would dance around large bonfires in hopes of warding off these malicious disembodied spirits. Both of these ancient pagan practices explain the well-known traditions of dressing in costumes, as well as the lighting of bonfires, during Halloween.

The influence of Christianity on Halloween came about as a result of the Roman Catholic Church. The Romans had conquered large swaths of Celtic territory by 43 AD, and during the subsequent Middle Ages, large numbers of local villagers began to convert to Christianity.

In an effort to win more converts, the Roman Catholic Church would often modify or integrate elements of previous religious practices as a way to make Christianity more palatable to the local population.

In 835 AD, Louis the Pious, King of the Franks, issued an official decree at the behest of Pope Gregory IV to institute a holiday known as All Saints Day (or “All Hallows”), as a substitute for the previously pagan Samhain celebration. All Saints Day is a solemnity observed by the Catholic Church on November 1st to honor all deceased saints, both known and unknown.

This emphasis on the deceased has been considered to be part of the “carryover” from Samhain. As All Saints Day was also known as All Hallows, the evening before All Hallows became known as “All Hallows Evening”, which as mentioned earlier, eventually became shortened to “Halloween”.

Halloween became a common celebration among the Irish and Scottish peoples in the Middle Ages, and by the 16th century it was common for Christian village children to commemorate the evening before All Saints Day by performing an allegorical ritual known as the Danse Macabre (literally the “Dance of Death”).

Traditionally, the Danse Macabre represented a group of cadavers from all walks of life (e.g., peasants, royalty, clergy, etc.) being summoned to the grave, as an illustration of the inevitability of death for all human beings, regardless of status or position in life.

Other variants of the Danse Macabre involved a famous story from the deuterocanonical book known as Second Maccabees, which recounts the grim tale of a mother who was martyred along with her seven sons, each of whom were brutally tortured and murdered for refusing to renounce their Jewish faith.

This horrific account was well-known during medieval times, prompting a tradition in which children would dress up in grisly costumes on All Hallows Eve in order to signify the type of heinous death that the seven sons suffered. This also is believed to be one of the contributing factors to the long-standing tradition of wearing ghoulish or grisly costumes on Halloween.

The practice of trick-or-treating may have been loosely adapted from the medieval custom of “souling”, which was where poor villagers would go door-to-door and ask for food in exchange for prayers for the dead.

Souling was a common practice during the holiday known as All Souls Day (November 2). Trick-or-treating has primarily been viewed as an American tradition, as no evidence of an Irish or Scottish antecedent has been recorded, although it is similar in essence to the custom of souling.

The first mention of the phrase “trick-or-treat” appeared in print in 1934, and it was viewed as a form of “friendly extortion”, where children would ask for a sweet treat, but if refused, they promised to play some type of “trick” on the homeowner or his/her property.

The custom became permanently entrenched in American pop culture when Walt Disney debuted the classic animated film “Donald Duck – Trick or Treat” in 1952. Trick-or-treating was originally viewed and carried out as a lighthearted activity, but unfortunately it has often been misused as a pretext to carry out acts of vandalism.

In modern times, the “treat” is emphasized far more than the “trick”, and it is customary for residents who live in a neighborhood with children to have candy on hand to accommodate their requests on Halloween.

America basically “imported” Halloween from Scottish and Irish immigrants who came to the country in droves in the late nineteenth century. In modern times, Halloween has been more commonly associated with fun and community-centered celebrations rather than its somewhat dark and somber past.

Halloween has also become a commercial juggernaut, as billions of dollars are spent each year on costumes, candy and Halloween-themed decorations of all kinds. Industry statistics state that the average Halloween expenditure in the U.S. is roughly $7.4 billion per year, with $2.8 billion of that total coming from costumes alone.

In addition, roughly $148 million worth of pumpkins are utilized each year for creating the ubiquitous jack-o-lanterns that adorn porches and haunted houses all over the country during Halloween.

From its humble origins as a relatively obscure cultural festival to the immensely popular cultural staple that it is today, Halloween will more than likely continue to bring thrills and enjoyment to millions of people around the world.