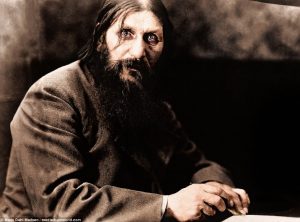 Grigori Yefimovich Rasputin was born on January 22, 1869 in a poor family in the village of Pokrovskoye, in the former Eastern Siberia, in a society steeped in tradition. From an early age it was evident that Rasputin was not a normal boy, he was a scrawny kid, shy, withdrawn, and was not accepted by other kids of his age.

Because of this lack of acceptance he preferred the quiet and solitude of the dense Siberian forests to the reproaches and jokes from colleagues who did not seem to understand.

Few names are as famous in the world of esotericism as Rasputin is, the most controversial man of his times that would exploit his wit, charisma and mystique to enter the Russian dynasty of Romanovs. There are many adjectives that Rasputin figure has received over the centuries – Mystic, Mad Monk, Witch, Healer and Hypnotist.

Most records were destroyed; even the year of his birth is questionable. The Great Soviet Encyclopedia gives 1864 or 1865 as his birth year.

In a biography of Rasputin, the Russian writer and historian Edvard Radzinsky says that official documents from the archives of Tyumen, Siberia, contain a census of the inhabitants of Pokrovskoye clearly mention the name of Grigori Rasputin and gives a birth date of 10 January 1869.

His real surname was Novich. “Rasputin” was a nickname, derived from the Russian word “raspoutnyi” meaning “dissolute” an odd yet prophetic name for a holy man.

Grigori Rasputin was Very religious, his mother, Anna Vassilievna Parchoukova, and his father, Iefim Yakovlevich Rasputin, were farmers in the Siberian village of Pokrovskoye, Tyumen district in the province of Tobolsk, 500 km east of St. Petersburg.

His father was not a simple peasant, because he owned his farm, his land, cows and horses. According to legend, January 10, 1869, a meteor had crossed the sky above the village Pokrovskoye, and this phenomenon announced, it was said, the birth of an exceptional character.

At the age of sixteen, he is subject to mystical attacks and Marian apparitions, following the vision of a bright angel’s appearance. He immersed himself in reading the Bible, to the point of becoming a scholar.

At this time he practiced asceticism and when farmers used to come to meet him to collect his oracles, often found him holed up in the basement of his father. For fifteen years, he has the life of a peasant farmer in the village.

At the age of 28 he enters a monastery where he meets starts to follow their teaching. But there is also evidence of increased energy and various drives, including an overflowing sexuality.

On 2 January 1889 (according to the Orthodox calendar) He married Dubrovin Praskovya Fedorovna with whom he had three children: Dmitri (Demetrius), Maria (Mary) and Varvara (Barbara). In 1901, he left his hometown and became a pilgrim.

He spent two years traveling Slavic lands, Greece and Jerusalem. During this time, he learned a lot of history, esotericism, theosophy, old religions and traditions. In 1903, returns to Russia, wander the streets of St. Petersburg being considered as a popular fortune teller and began to entertain ideas relating to the royal family. 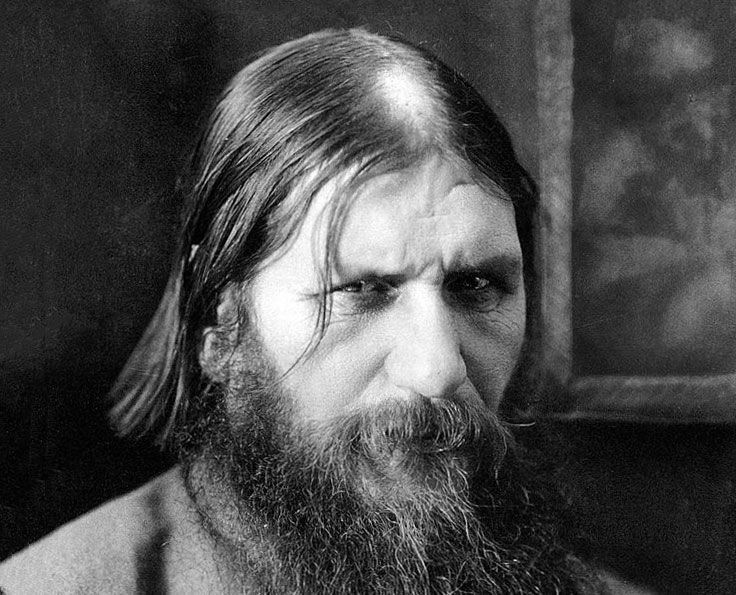 Influence on the Russian Monarchy

When Rasputin first came to the capital, in the early twentieth century, St. Petersburg was a hotbed of labor movements demonstrating in the streets, in an attempt to overthrow the feudal system that was starving them.

These demonstrations were brutally repressed by the army under the orders of Tsar Nicholas II, the city streets were bathed with the blood of hundreds of Russians, while hatred towards the person of the Tsar, and all that meant, spread throughout the country.

Meanwhile, the imperial family and nobility continued to live in the splendor and wealth, oblivious to what was happening around them and the danger that threatened them.

In 1907, the Tsar’s family life was in turmoil. The Tsarevich Alexei of five years was the only son of the czars and heir, was on the verge of death because of the disease Hemophilia. The court physicians at a lost informed the parents that there was no solution; the Tsarevich was dying in horrible agony.

When the condition of the little prince Alexis Nikolaevich got worse the best friend of the Tsarina recommended the service of Rasputin. Rasputin ministrations appeared to improved the young boy’s health and Rasputin assumed a place of importance within the court.

The Fall of Rasputin

Rasputin became so close to the Tsarina it soon began to interfere and influence the decisions of state, something neither the Tsar nor the Russian aristocracy were willing to tolerate. Thus, as used to happen in court, the more proximity with the power you have the more enemies grow around you and in the case of Rasputin, these were substantial.

Soon, the shadow of the murder began to haunt the mystic. Many thwarted assassination attempts in which Rasputin was unharmed strengthened his fame of being supernatural. However, life-threatened Rasputin watched every step, falling into a steady state suspicion and paranoia.

The Murder of Rasputin

Members of the Romanov family become shocked by his scandalous reputation and debauchery, in which names of women of the nobility are mixed began to oppose him openly. In addition, during World War II, rumors spread that he was a spy in for Germany. Several plans are set in motion against him.

One plan led to his murder on the night of December 16 to 17, 1916 when he was the guest of Prince Felix Yusupov husband of Grand Duchess Irina, niece of the Tsar. Among the main conspirators are the Grand Duke Dmitri Pavlovich, cousin of Nicolas II, the right-wing deputy Vladimir Purishkevich the officer Sukhotin and Dr. Stanislas Lazovert, and Prince Felix Yusupov.

Vladimir Purishkevich lured Rasputin to the Yusupovs’ Palaceby intimating that Yusupov’s wife, Princess Irina, would be present. Prince Yusupov led him down to the cellar, where he offered him sweet cakes and wine laced with a large amount of cyanide. Amazingly Rasputin becomes ill but appears that he may recover in spite of ingesting enough poison to kill five men.

Prince Yusupov began to worry that Rasputin may live returns upstairs to consult with the other conspirators. Prince Yusupov then returned downstairs and shot through the back. The conspirators left the palace for a while to return later to thus foster the pretense that they had discovered the murder.

When Prince Yusupov checked the body Rasputin opened his eyes and lunged at Prince Yusupov attempting to strangle him. Fortunate for the prince the other conspirators arrived and fired at Rasputin. Remarkably Rasputin continued to struggle to get up.

The conspirators resorted to clubbing him into submission and after binding his body and wrapping it in carpet drove to Krestovsky island and threw the Rasputin from the bridge into the Neva River.

The body rose to the surface of the Neva river at the Petrovsky Bridge and was found Dec. 29, 1916 in the morning. Frozen and covered with a thick layer of ice.

The photo album police exhibited at the museum of Political History of Russia in St. Petersburg reveals the face of Rasputin smashed by blows and his body pierced with four bullets that passed through the heart, neck and brain.

The autopsy, made the same day the body was found at the Military Academy by Professor Kossorotov verifies that Rasputin was poisoned, shot multiple, and Clubbed. The autopsy also revealed the presence of water in the lungs proves that he was still breathing when he was cast in the small Neva River.

Several people who had heard the news came to collect the water in which Rasputin was found dead. They hoped to collect some of his mysterious power.

Rasputin was buried on January 3, 1917 – December 22, the in a chapel under construction, near the Palace of Tsarskoye Selo. later, on the orders of the new revolutionary government, the body of Rasputin was exhumed and burned On the evening of 22 March, and his ashes scattered in the surrounding forests. But, according to legend, only the coffin burned, Rasputin’s body remained intact under flames.

What Are The Human Energy Fields