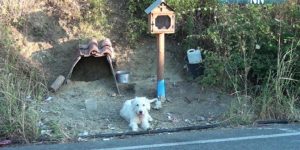 This faithful dog melted the hearts of millions of people around the world after it became known that he had spent the last 20 months near the fatal place where his owner had died in a traffic accident.

The dog got the nickname “Greek Hachiko” in honor of his legendary Japanese brother Akita-Inu, who for nine years after the owner’s death came to the railway station daily, where the man returned to his train from his work when he was alive.

According to journalists, “Greek Hachiko” lives in a roadside booth in the desert, quite far from the nearest town of Nafpaktos. Despite the attempts of local residents to take the dog, he runs away and every time returns to the place where her owner’s life has tragically ended. 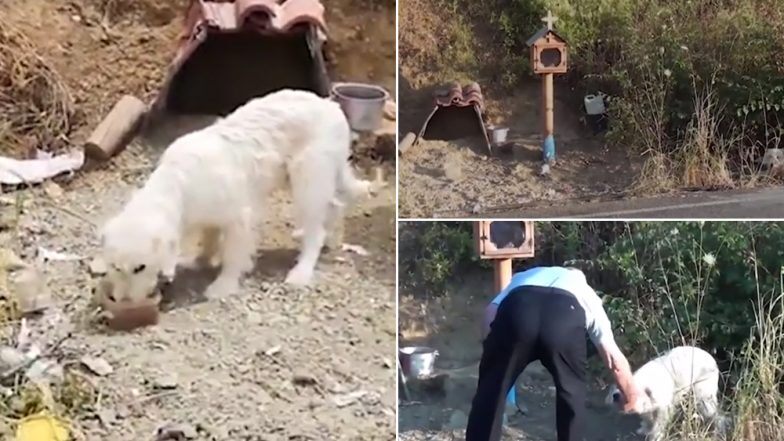 The death of a 40-year-old man named Haris (Haris) shook the neighborhood in November 2017, as just a few years ago his brother died in a similar accident.

Haris dog stayed at the roadside shrine erected in honor of the deceased, as if waiting for him to return here.

After vain attempts to pick up the dog, they built an improvised shelter for it, where they began to bring and bring food and water. The dog spends all his days lying on the curb and looking into the distance, as if he is waiting for the owner to return and take him home.

The dog refuses to budge even on hot days and only in bad weather takes shelter in nearby bushes.