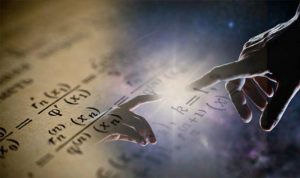 Atheist scientist and Professor of Philosophy Antony Flew, recently abandoned his atheistic point of view, and said that God does exist.

In the world of science, this has become a real sensation. Also, the scientist tried to prove with the help of some facts that atheism is the greatest delusion of mankind.

Modern data that scientists have been able to gather about the structure of DNA, prove the fact that it could not have emerged on its own, and this is someone’s ingenious development.

Blind coincidence could not lead to the molecule storing the gene code and a huge amount of information.

A variety of biological DNA studies have been conducted, which showed that in order for life to emerge, a combination of a huge number of factors is needed.

This all suggests that there is someone who can create such complex things and create all the factors and conditions for further development.

Anthony Flew said that the theory that the very first living organism came from dead matter is completely absurd. In addition, he is confident that even if this were the case, then evolution would not have been able to create such complex organisms, especially such as humans.

The scientist shared that the theory of spontaneous evolution in his opinion is blasphemous. Especially when you consider how, in the words of scientists, the first organism appeared and how it developed further.