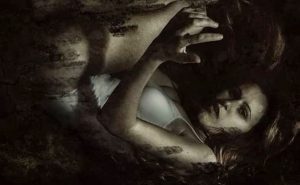 On November 16, 1901, The Hereford Times reported a terrible incident with Madame Bobin, who died of yellow fever in Poyak, France, after returning from Senegal.

When examined by doctors, the woman’s body looked already stiff, and her skin acquired a grayish-earthy hue. She was recognized 100% dead and buried in a cemetery.

At the same time, the woman was pregnant for a long period and the nurse, upon examination, even thought that the child in the stomach of the deceased moved. However, the doctor did not confirm this conjecture and signed documents on the death of Madame Bobin.

Nevertheless, the nurse was sure what she saw and she began to torment doubts that they had buried the man alive. After some time, she made up her mind and came to Madame Bobin’s father, telling him about her doubts.

The father of the buried woman immediately ordered her grave to be dug up and was present at this terrifying moment. When the coffin was opened, he was in great shock when he saw inside the coffin the corpse of a baby with an uncut umbilical cord that lay between his daughter’s legs.

It turned out that Madame Bobin was really not dead, but only fell into a coma and that she did not have yellow fever, but had another disease.

Having regained consciousness in a coffin, she experienced premature birth, however, both she and the baby soon died, suffocating in a coffin.

Madame Bobin’s father then sued the doctor and won the case, receiving compensation of 8 thousand francs.