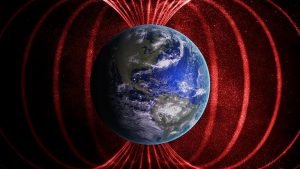 It’s not very quiet inside the Earth. Deep below the surface, the planet is literally thundering with activity, from plate tectonics to convection currents that circulate through hot magma fluids.

Now scientists studying Earth satellite data have identified something inside the Earth that we have never seen before: a new type of magnetic wave that sweeps around the surface of our planet’s core every seven years.

This discovery can give an idea of ​​how the Earth’s magnetic field is generated, and will allow us to understand the evolution of our planet, that is, the gradual cooling of the planetary interior. The team’s research has been published in PNAS.

“Geophysicists have long theorized about the existence of such waves, but it was believed that they occur on much longer time scales than our studies have shown,” says Nicolas Gillet, a geophysicist from the University of Grenoble-Alpes (France).

“Measurements of the magnetic field from instruments based on the surface of the Earth indicated that there was some kind of wave action, but we needed the global coverage offered by measurements from space to show what was actually happening.”

The Earth’s magnetic field has long been a subject of interest to scientists. Research to date shows that an invisible structure forms a protective “bubble” around our planet, trapping harmful radiation and atmosphere. But the magnetic field is not static. It fluctuates in strength, size, and shape, has features we don’t understand, and gradually weakens over time. 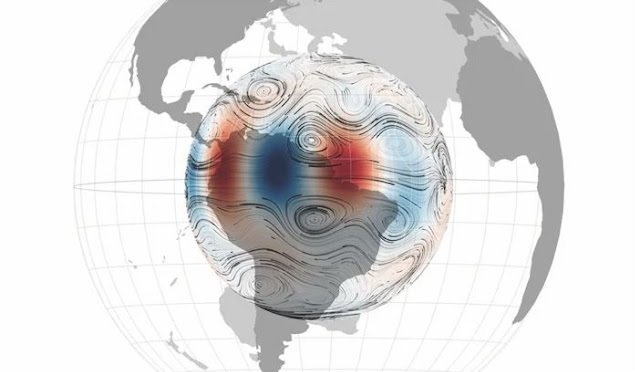 The European Space Agency’s Swarm orbiting satellites are three identical probes launched in 2013 that orbit the Earth to study activity inside the Earth. It was in this data that Gillet and his team found strange new waves.

They then looked at data from other ground-based and space-based observatories collected between 1999 and 2021 and found a pattern. These waves, known as magneto-Coriolis waves, are huge magnetic columns aligned along the Earth’s axis of rotation, strongest at the equator.

This fascinating finding opens a new window into a world we can never see. This mysterious wave oscillates every seven years and propagates westward at up to 1500 kilometers a year.

Their existence suggests that there may be other magneto-Coriolis waves with different oscillation periods that we cannot detect today due to lack of data.

For now, as the waves carry information about the medium they travel through, the new discovery could be used to explore the Earth’s interior in new ways – including the core, which is still hard to study.

Life in the solar system may have first originated on Mars, not Earth